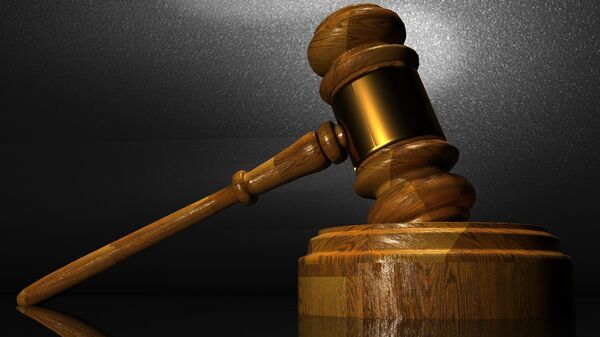 Pakistan military tribunals had been in operation since January 2015 to curb terrorism in the country.

New Delhi (Sputnik): Pakistan military courts which were set up to prosecute civilians for terror charges have ceased to function after four years. The courts were closed after the government failed to get the necessary support to extend their tenure, according to media reports.

Pakistan military tribunals have been in operation in the country since 2015, after the Taliban's attack on a school in Peshawar in which 150 students killed.

Information Minister Fawad Chaudhary said that the courts were re-introduced under special circumstances to fight terrorism. Their mandate expired on Monday and there was no consensus in parliament to extend them, according to reports.

Chaudhary added that the courts have over the past four years ruled on 478 cases and sentenced 284 individuals to death, while 192 were handed prison sentences.

However, Minister Fawad Chaudhary admitted that the country still needs military courts, and the government is seeking cooperation from opposition parties to secure another extension.

Earlier, the International Commission Of Jurists (ICJ), a global advocate for justice, called on Pakistan not to use the tenure of its military courts to try civilians for terrorism-related offences.

The ICJ earlier warned Pakistan that repeated extensions of military courts would be a disaster for the country.

According to the ICJ the military courts often denied the right to choose counsel, failed to disclose the charges against the accused, denied public hearings, and convictions were often based on confessions.

In 2015, the Pakistani Parliament authorised military courts to try civilians on terrorism charges in a bid to counter increasing cases of terrorism in the country. The authorisation was later extended for another two years which ended on 30 March 2019.