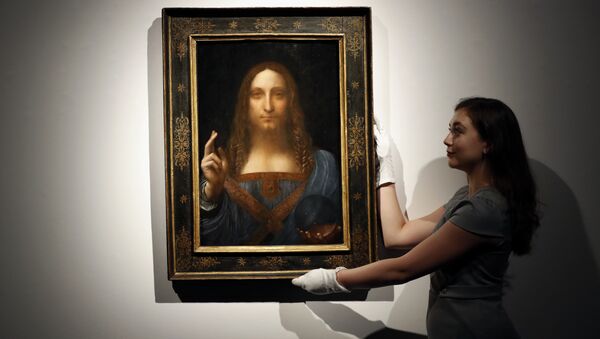 © AP Photo / Kirsty Wigglesworth
Subscribe
International
India
Africa
While the legendary painting was previously expected to be unveiled by the Louvre Abu Dhabi in September last year, the museum then decided to cancel that event without any explanation.

Dutch 'Indiana Jones' Art Detective Retrieves Picasso Stolen From Sheikh's Yacht
According to the newspaper, while the Abu Dhabi culture department previously announced that it had "somehow acquired" the painting after it was purchased at a Christie’s action by "a close ally" of Saudi Crown Prince Mohammed bin Salman, the artwork’s unveiling, which was scheduled to take place in September 2018, was "cancelled without explanation".