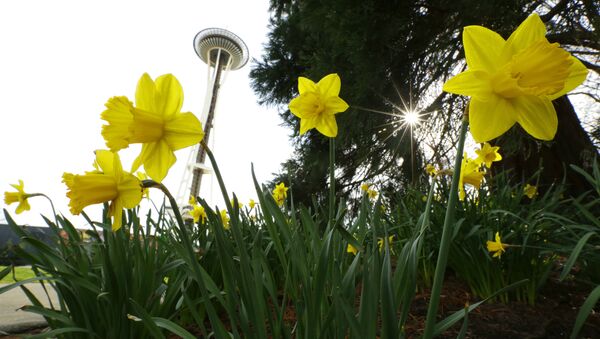 As states and nations increasingly seek to move away from fossil fuel-powered electricity generation, the US state of Florida is making a bold move for sustainable energy.

"This is a monumental milestone in realizing the full benefits of solar power and yet another example of how FPL is working hard to position Florida as the global gold standard for clean energy," Eric Silagy, president and CEO of FPL, wrote in a March 28 news release.

The FPL Manatee Energy Storage Center, expected to up and running by 2021, will be four times the size of the world's largest battery system currently in existence and will distribute 900 megawatt-hours of electricity. It will be charged by a solar power plant in Manatee County.

"Even as we aggressively execute on our plan to install 30 million solar panels by 2030, we never lose sight of finding innovative ways to bring our customers the benefits of solar energy, even when the sun's not shining," Silagy gushed, cited by Ars Technica.

"Replacing a large, aging fossil fuel plant with a mega battery that's adjacent to a large solar plant is another world-first accomplishment and […] our team remains committed to developing this clean energy breakthrough while saving customers money and keeping their bills among the lowest in the nation," he added.

In addition to the the enormous battery facility, FPL is also planning on building multiple, smaller solar power plants and making efficiency upgrades to combustion turbines at power plants across Florida. The initiative is expected to save customers money and lead to a 1-million-ton reduction of carbon dioxide emissions, according to the news release.

"FPL is pioneering a clean energy revolution for our state that's come full circle for our community," said Stephen Jonsson, chairman of the board of County Commissioners in Manatee County, cited by Arstechnica.com.

"It seems like just yesterday that FPL kicked off its massive solar expansion in 2016 by opening a solar power plant in Parrish. Fast forward a few years, and our hometown solar power plant is on the verge of powering the world's largest solar-powered battery system," Jonsson remarked.