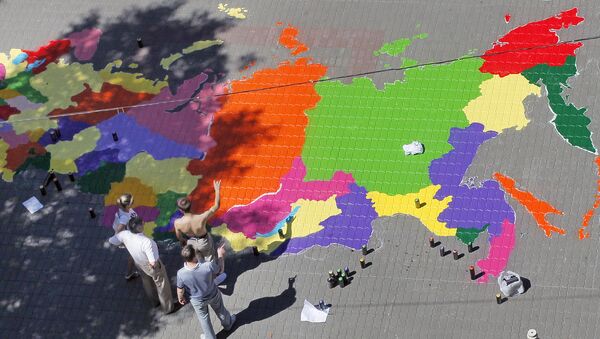 © Sputnik / Vitaliy Belousov
/
Go to the mediabank
Subscribe
International
India
Africa
US Attorney General William Barr claimed in a letter to Congress that Mueller’s report concluded that the Trump campaign did not collude with Russia during the 2016 US presidential election.

US Special Counsel Robert Mueller, however, maintains that Russia did try to interfere in the 2016 election, an assertion Moscow has repeatedly denied. The report noted that US President Donald Trump has not been exonerated of charges of obstruction of justice.

Sputnik: From the very onset of the Mueller investigation, major media outlets have advanced the idea of Russia-Trump collusion. Why have media promoted those narratives given that there was no tangible evidence to prove that?

US House Intel Chief ‘Pounded' Russiagate Conspiracy ‘With No Regard for Truth'
Stan Vaughan: A 2004 Pew Research survey showed that there was a 5 to 1 ratio of journalists saying they were Democrat liberal versus Republican conservative.

Another most recent survey by American Journalist showed a similar response of a 4 to 1 ratio. What this may tend to show is that journalists are being subjective in their reporting and not objective, allowing their personal feelings or opinions influence their journalism.

This is what many here see as the definition of 'FAKE NEWS', dishonest journalism that is not objective but influenced by nonfact based feelings and opinions.

Sputnik: Now that the investigation has found no evidence, how long will the anti-Russian frenzy continue?

Stan Vaughan: I predict it will not end as long as there are those seeking control over the 'world island' that Russia sits upon that contains 50 percent of the world's resources.

Sputnik: There is a number of nations around the globe who cannot boast particularly friendly relations with the United States. How come that it was Russia that became the target of this investigation?

Ex-CIA Chief of Russia Ops: US Has Carried Out Election Meddling Historically
Stan Vaughan: I would encourage Sputnik readers to read The Grand Chessboard by Zbigniew Brzezinski.

That book should convince readers that there are those who covet Russia's resources and would like nothing better than to break it up into pieces such as he suggests into a European Russia, Siberian Republic, and the Far Eastern Republic to more easily eliminate a multipolar world on the road to a so-called One World Order.

Sputnik: The collusion claim has also been a favorite tool of the Democratic Party to target President Trump and some of them still remain unconvinced about the outcome of the probe. How could their resistance to the results of the investigation be accounted for?

Stan Vaughan: It has become more and more apparent that the Democrat Party is no longer for the USA but for a one-world government and they think the majority of Americans want this. I think they are delusional.

They must believe they have Millennials thinking with them since they have spent the last 50 years telling college students how bad this country is.

At the beginning of this anti-American movement in the ’60s, they also attempted this, thinking they could brainwash the baby boomers. Well, that generation grew up and most don’t buy into that propaganda anymore.

Brzezinski's Heritage: West Wants Total Partition and Defeat of Russia - Analyst
They’ve had the Department of Education since 1977 and thought they had it made. Then President Trump came along and plans for the New World Order were postponed at least. Hillary would have gone along with it because she’s part of it. That’s why Democrats will oppose Trump no matter what he does.

Sputnik: How much is this a win for President Trump and to what extent could this boost his chances in the next presidential election?

Stan Vaughan: President Donald Trump scored a huge win after special counsel Robert Mueller absolved him of conspiring with Russia to swing the 2016 election. Trump is already harvesting early fruits of his victory.

The outcome of the nearly two-year investigation removes a cloud hanging over his 2020 prospects and frees up time for him to focus on his policy agenda. Congressional Republicans may be less likely to distance themselves from him. Congressional Democrats have to rethink how hard to go after Trump in their own investigations.

As Senator Lindsey Graham said last Monday, "My advice to the president for whatever it’s worth is you’re probably stronger today than you’ve been anytime in your presidency".

Views and opinions expressed in this article are those of Stan Vaughan and do not necessarily reflect those of Sputnik.