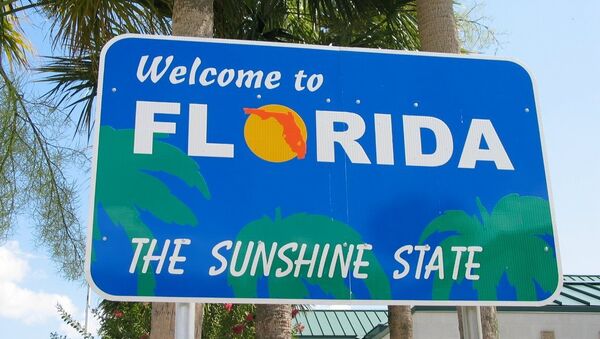 © Creative Commons
Subscribe
International
India
Africa
A doctor’s report says the murderer kept biting his victim despite being shot and tazed multiple times. Members of the family said he believed he was “invincible.”

A male former college student was arrested over the bizarre murder of a couple in Florida, which involved him gnawing on a victim's face and making growling sounds. According to the conclusion of a forensic psychologist, the 22-year-old Austin Harrouff suffered from a psychosis that made him believe he was "half-dog, half-man", according to the Palm Beach Post.

"The fact that Mr. Harrouff persisted in biting the male victim in the presence of police officers, in spite of being shot, being tased and receiving multiple kicks to the head, suggests that Mr. Harrouff was actively psychotic," Dr. Phillip Resnick of the University Hospitals of Cleveland wrote in his report, released this week by the Martin County State Attorney's Office.

"It was unlikely that it was a drug-induced psychosis that led to the attacks," Resnick wrote his 38-page report, cited by the Palm Beach Post.

A psychologist has concluded that Austin Harrouff thought he was "half-dog, half-man" in the brutal 2016 attack that killed John Stevens and Michelle Mishcon, The Post's @hannahwinston reports. https://t.co/K6AbBuRA3Y #AustinHarrouff #homicide #truecrime pic.twitter.com/8OIqmoLyMa

Be 'Were-ry': Yorkshire City Terrorized by Werewolf 'Old Stinker'
In August 2016, the killer attacked John Stevens III, 59, and his wife Michelle Mishcon, 53, in their garage. The couple was reportedly beaten and stabbed during the attack.

The report also cites a statement by the killer's attorney, Nellie King, in which she said that Harrouf suffered from "severe mental illness."

"Evaluation confirms Austin could not form the requisite intent to commit these crimes due to his severe mental illness. Austin was undergoing a psychotic event at the time of the incident and did not know that his conduct was wrong," King said in her statement.

InfoWars’ Alex Jones Had ‘Form of Psychosis’ When Pushing Sandy Hook Theories
The family of Michelle Mishcon, who filed a lawsuit against the killer, insists he was a heavy drug abuser, allegedly taking an entire spectrum of drugs, including marijuana, cocaine, methamphetamine, acid, Ecstasy, hallucinogenic mushrooms, Vyvanse, Xanax and Adderall.

"Austin is a monster, and he deserves to pay with his life or, at a minimum, to be locked up in prison for the rest of his life, but, again, we have no control of that," said Jodi Mishcon-Bruce, Michelle's sister. "Our only recourse at this point is to file a civil lawsuit against him and show the world exactly who Austin is."

The lawsuit states that, prior to the murder, Harrouff had a fighting incident with his father. Later that day, his mother allegedly found her son drinking a concoction of cooking oil and Parmesan cheese that, as the lawsuit states, was mixed with hallucinogenic mushrooms.

Convicted Murderer Arrested in Spain for Killing Young Teacher Who Went Running
Harrouff was charged with two counts of first-degree murder with a weapon, burglary of a dwelling with assault or battery while armed, and attempted first-degree murder with a weapon for attacking and injuring the couple's neighbor, Jeffrey Fisher, according to the Treasure Coast Newspaper.

The killer's lawyers are preparing an insanity defense for a November 4 trial, according to Fox News. If his insanity is proven, Harrouff will be stripped of charges, but could — by Florida law — face compulsory treatment for an undetermined term in a psychiatric facility.