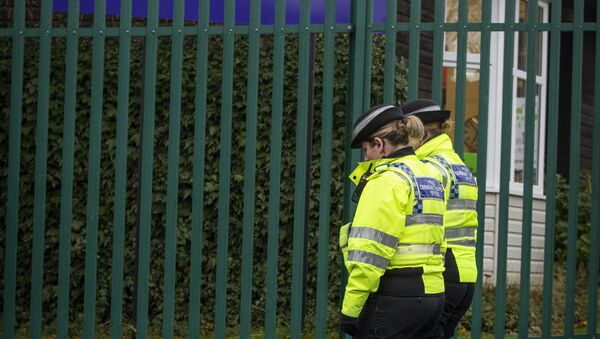 A Crown Prosecution Service spokesperson said after the attacker had been summonsed to court police received 'further intelligence and evidence'.

A 16-year-old boy in Huddersfield who was filmed waterboarding a Syrian refugee, an incident that caused widespread outrage, has escaped with a mere caution.

The footage show the victim with his arm in a cast being headbutted, before his attacker shouts "I'll drown you", and then pours a bottle of water on the boy's face at Almondbury Community School in Huddersfield, West Yorkshire, as others watch and cheer. Well-wishers raised £150,000 to help the victim's family move home — his mother fled the country after receiving death threats.

A 16 year old Syrian refugee being bullied at Almondbury High School in Huddersfield! Jamaal only came to the UK 2 years ago after escaping from the horrendous war in Syria. And this is what he comes to??? 😡😡

​However, the Crown Prosecution Service has announced there's "not sufficient evidence" to charge the culprit with "racially aggravated assault", and he will face no further action after agreeing to accept a caution for the less serious charge of common assault.

"A review of the case was undertaken to investigate whether there was a racially aggravated element to the offence. "A file was submitted to the Crown Prosecution Service for their consideration. The CPS has concluded that there was not sufficient evidence to charge the suspect with a racially aggravated assault and he was given a caution for a section 39 assault. The victim and his family has been kept updated throughout the process and has been updated on the CPS's decision," a Crown Prosecution Service spokesperson said.

UK's Top Right-Wing Activist Proves Syrian Refugee Teen Was Justly 'Attacked'
Conservative MP Nadine Dorries called for "serious action" over the incident and added the UK should "open its arms" to those facing persecution. The attacker claims he'd previously been on "good terms" with the refugee, the incident was "isolated" and he'd not been "bullying him over a period of time".
Newsfeed
0
Access to the chat has been blocked for violating the rules . You will be able to participate again through:∞. If you do not agree with the blocking, please use the feedback form
The discussion is closed. You can participate in the discussion within 24 hours after the publication of the article.
To participate in the discussion
log in or register
loader
Chats
Заголовок открываемого материала