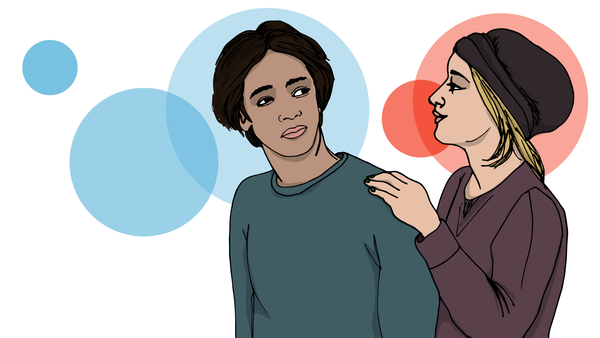 The Arabic page about female genitalia and how they work, furnished with graphics, has become the website's biggest success so far.

A sex and relationships guide for immigrants in Sweden has proven surprisingly popular beyond the Scandinavian country's borders, particularly in the Middle East, Swedish Radio reported.

The site youmo.se was launched at the request of the Swedish government and offers sex-related information to young people aged 13-20 who are new to Sweden. It covers a vast array of topics ranging from anatomy, physical and mental health to STDs, sexual assault, forced marriage, circumcision and female genital mutilation, LGBT rights and same-sex relationships.

Last year, however, the vast majority of visits to the site (80 percent) came from overseas, according to figures from Inera, the company that runs the website.

"It's a nice surprise that so many people have found their way here from other countries too", Lotta Nordh Rubulis, project leader at Inera, which runs the site on behalf of the Swedish Agency for Youth and Society (MUCF), told Swedish Radio.

Last year, Iran alone provided 200,000 unique visitors, twice as many as Sweden, and was undisputedly first in terms of hits. Many other visits came from the US, Egypt, Saudi Arabia, Germany, the UK, Iraq, and Algeria.

"We have very many visits to the pages about the structure of the genitals, what the different parts are and how they work. And the most visited page of all is the one about the vagina, in Arabic. There are good pictures of how it looks", Nordh Rubulis explained.

Another of the most frequently visited pages on the site was the page "What is OK sex?" which dwells on various acceptable scenarios, such as having sexual fantasies or asking for nude pictures, and spells out consent.

Last year, the Swedish government earmarked SEK 3.7 million on sex education for new arrivals. The money was to be distributed by the Swedish Association for Sexuality Education (RFSU) to produce educational films in different languages and revolving around different themes, as well as tailor-made education projects, Swedish Radio reported.

Meanwhile, the number of rapes committed in Sweden has been rising steadily in recent years. According to national broadcaster SVT, 58 percent of men convicted of rape and attempted rape over the past five years were born abroad. When it came to "stranger rapes", the proportion of foreigners rose to a mind-blowing percent.

Nevertheless, the Swedish government has long denied the connection, with then-Justice Minister Morgan Johansson notoriously saying the rapists' gender (men) was more relevant than their origin.