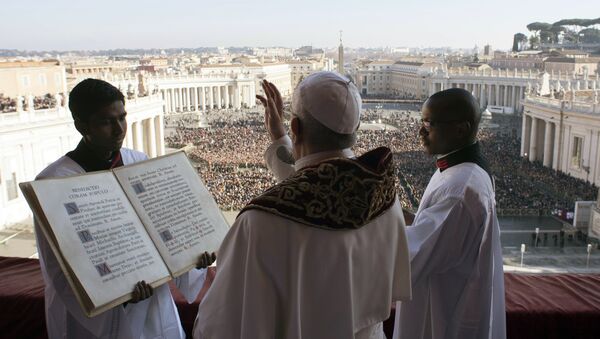 "A month after the conclusion of the Meeting on the Protection of Minors held in the Vatican, a meeting greatly desired by Pope Francis, three very significant documents are being published that respond to the concrete demands expressed by the People of God to address the scourge of the sexual abuse of minors", interim director of the Holy See Press Office Alessandro Gisotti said.

He pointed out that the signed documents would boost the statutory framework to protect children from sexual harassment.

Homosexuality to Blame for Sexual Abuse, Not Catholic Church - Cardinal
The documents make justice bodies of the Vatican work hard on prevention of any abuses, including physical and psychological ones. The church now has to inform law enforcement bodies about revealed cases of sexual harassment.

In the signed documents Pope Francis has also pointed out the importance of the right to be heard for the victims’ families. According to Francis, the victims must be provided with necessary medical, psychological and legal assistance.

At the same time, the head of the Catholic Church also stressed that those accused of sexual crimes should have a right to a fair and impartial trial based on the presumption of innocence. The priests, who were found guilty of paedophilia, must be deprived of all their posts, according to the documents.

The scandal around widespread sexual abuses and paedophilia in the Catholic Church erupted in 2002 when the Boston Globe newspaper published results of an investigation into such practice in the local Catholic community. After that, it turned out that the problem existed in Catholic communities around the world and was deliberately silenced by the church.

Pope Francis intensified efforts on rooting out the issue since he headed the Catholic Church in 2013.