Medvedev on Russian Internet Law: We Won't Impose Such Restrictions as China 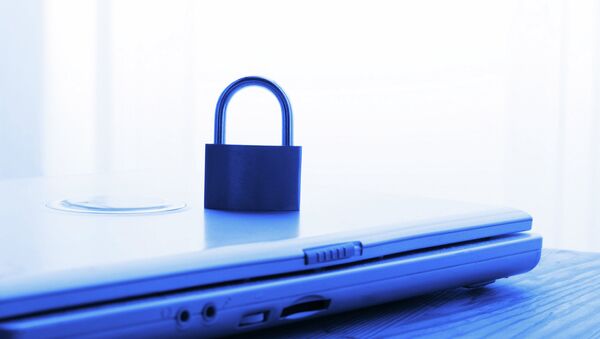 MOSCOW (Sputnik) - Russian Prime Minister Dmitry Medvedev, speaking about the law on the protection of the Russian Internet, said Friday Russia would not impose such restrictions as China.

"Of course, we will not have such regulation as in China. I will even say more — even in China this regulation often does not bring, perhaps, the results to which it was originally oriented. Moreover, we do not strive for such regulation, no firewall appears here", Medvedev said live on the VKontakte social network.

The prime minister went on saying that Russia should protect itself against the risk of being disconnected from the global Internet, emphasizing that the recently introduced bill that would establish a "sovereign" Internet was aimed at making the Russian Internet sustainable.

"We need to protect our interests, not so that we don't disconnect something, but so that we are not disconnected. That is also possible. After all, the Internet is not just a stream of news, it is a huge number of technologies, it is an industrial Internet, a medical Internet. And what if at some point we find ourselves being cut off from another world?" Medvedev said.

According to the prime minister, the "sovereign" internet bill seeks to provide Runet with sustainability in order to ensure protection in case of disconnection.

He also noted that Runet had as many as 300 million users, while the Russian language was the third most widespread language on the global web.

"Now we have a large network segment — 300 million users. The Russian world, so to say, in a correct understanding of this term. This is the third language of networks. And, interestingly, every second site is in Russian… we apparently love this business and are actively creating it," Medvedev said.

According to the Medvedev, Russia, unlike the overwhelming majority of technologically developed and wealthy countries, has its own searchers and social networks frequently used by Russian users, as they are the most convenient and advanced ones.

The prime minister addressed a draft law, adopted by Russian lower chamber in the first reading in February. The legislation seeks to protect the smooth operation of the Russian segment of the global network in case it is threatened from abroad, to the parliament.

The initiative came as a response to the aggressive nature of the US National Cyber Strategy, adopted last September.

Science & Tech
US Doubts Russia to Succeed in Creating Sovereign Internet - NSA Chief
The Chinese government has set up the so-called Great Firewall of China, a combination of legislative and technological measures aimed at ensuring control over the Internet in the country. The Great Firewall, which is a reference to a system that helps to protect networks from unwanted influence by unauthorised users, is used to block certain foreign websites and applications.
Newsfeed
0
Access to the chat has been blocked for violating the rules . You will be able to participate again through:∞. If you do not agree with the blocking, please use the feedback form
The discussion is closed. You can participate in the discussion within 24 hours after the publication of the article.
To participate in the discussion
log in or register
loader
Chats
Заголовок открываемого материала