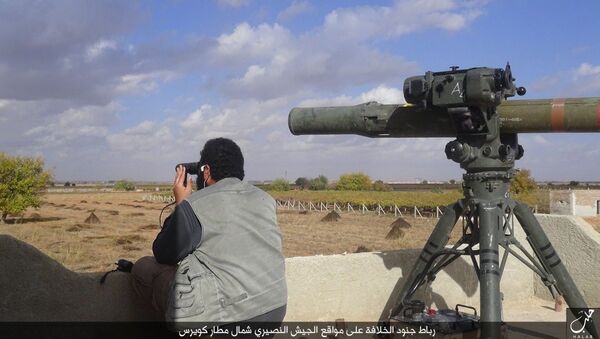 While the exact location of the discovery hasn't been disclosed, As-Suwaida province, where Syrian forces recently eliminated one of the few remaining Daesh strongholds, is a likely candidate.

From #Syria to the #American taxpayer: If you want to know where your dollars go, look at these TOW rockets and other weapons found by the #Syrian Army in the dens of the defeated terrorists south of #Syria.#FromSyria🇸🇾 pic.twitter.com/I1wtftseRE

​TOW (tube-launched, optically-tracked, wire-guided) missiles are the main US anti-tank weaponry. The system consists of either a tripod or vehicle-mounted tube, which launches a wire-missile to a distance of more than 3 kilometers.