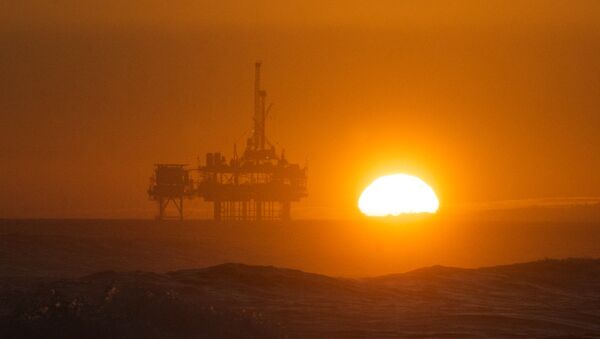 According to JODI [Joint Organisations Data Initiative], for eleven months now the United States has been the world leader in terms of monthly oil production. According to the organisation, in January 2019, Saudi Arabia’s production amounted to 10.243 million barrels per day.

Speaking to Sputnik, Omid Shukri Kalehsar, a Washington-based Iranian independent energy security expert, noted that oil sanctions against Iran and Venezuela will allow the US to appropriate these countries' share of the world market:

"As a result of the shale revolution, the United States, who had previously imported oil, was able to become self-sustaining in the field of energy, as well as to become one of the largest gas and LNG [liquefied natural gas] suppliers both to neighbouring countries and to its allies, primarily in Europe. The US uses energy exports as a driver in their relations with other countries, and together with the use of such a tool as sanctions, this factor has become decisive in shaping US foreign policy", the expert said.

Mr Kalehsar also noted that the US has repeatedly imposed sanctions against Iran with the most recent ones being imposed on 4 November 2018 and leading to a significant reduction in Iranian exports.

"If the US continues their sanctions policy and if the exemption from sanctions granted to eight countries that import Iranian oil is not extended in May, Iran's oil exports are likely to decline even more", the energy security expert told Sputnik.

Gold Rises, Oil Drops Amid Speculation of Looming US Recession
Speaking about the policy's objectives, Omid Shukri Kalehsar said that the United States has become one of the largest oil producers, and oil sanctions against Iran and Venezuela will allow them to appropriate these countries' share of the world market.

According to the expert, this applies not only to the United States, but also to other oil-producing countries, including members and non-members of OPEC.

The views expressed in this article are solely those of Omid Shukri Kalehsar and do not necessarily reflect the official position of Sputnik.