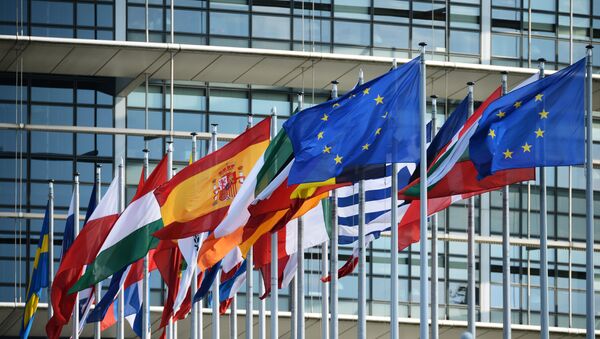 © Sputnik / Alexey Vitvitsky
/
Go to the photo bank
Subscribe
WARSAW (Sputnik) - Polish Prime Minister Mateusz Morawiecki opposed on Wednesday a directive on copyright rules for the digital market, recently adopted by the European Parliament, and thanked the members of Poland's ruling Law and Justice (PiS) for voting against the measure.

"We did, do and will advocate Internet freedom. I thank all the members of the European Parliament from PiS for voting for the freedom and civil rights of millions of Polish internet users", Morawiecki wrote on Twitter.

All PiS lawmakers along with four members of Poland's opposition Civic Platform voted against the proposed directive — seven opposition lawmakers voted in favour.

How Will EU Copyright Law Change Internet? Prof EXPLAINS
The statement comes after the European Parliament voted on Tuesday in favour of a controversial directive that would require internet platforms to share their income with content creators and make them liable for copyrighted content that their users upload and share online. The directive was adopted on Tuesday in a 348-274 vote, with 36 abstentions, following a heated debate.

Lively debates regarding the new reform were triggered by Article 11 and Article 13 (later renumbered to Article 17) of the bloc's copyright law. The former also referred to as the "link tax," requires large tech companies, such as Facebook and Google, to pay authors, composers, filmmakers and other creators for using even fragments of copyright materials on their own sites. The latter, also known as "upload filter," would make these companies legally responsible for the content posted by users.