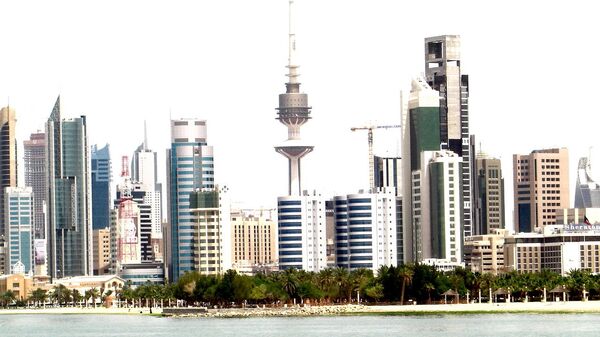 CC BY 2.0 / Maryam / Kuwait City
Subscribe
International
India
Africa
Kuwait is the seventh largest crude oil supplier to India and is an important trading partner for the country. It wants to expand its investment base in India, as well as in other countries. The oil-rich state has a huge Indian diaspora living and working in it.

New Delhi (Sputnik): Kuwait has planned to make Indo-Kuwaiti joint venture investments in other countries along the lines of Kuwait-Japan global ventures, Kuwait's envoy in India has revealed to Sputnik.

"We (India and Kuwait) have come together in a new way on investments. Both India and Kuwait will invest in countries other than India or Kuwait. We can invest together in another country. We have an example of this in Vietnam where Kuwait and Japan have invested $9 billion in a refinery project. The project got 40 percent investments from Kuwait, 40 percent from Japan and rest from Vietnam", Jasem Ibrahim Al-Najem, Kuwait's ambassador to India, told Sputnik.

"I think these kinds of projects will bring Kuwait and India much closer to each other", Al-Najem added.

"Kuwait has been an important trading partner of India with total trade [of] $6 billion in 2016-2017 and was the seventh largest crude oil supplier to India in the same period. India and Kuwait had held many bilateral meetings in recent years to strengthen their relations and facilitate cooperation in various fields", the Kuwaiti ambassador said.

No Country For Ill Men: Kuwait Bans Expats With Diabetes and Cancer - Reports
However, the envoy rued the lack of high-level visits from India, despite their close relations.

"Unfortunately the Indian Prime Minister could not visit Kuwait in recent times; the last one was Indira Gandhi's tour in 1981. So there is a big gap", Al-Najem said.

But the ambassador is trying to materialize Kuwait's Emir Sheikh Sabah's visit to India this year.

"From day one I worked hard on that and of course there is [a] head of state visit coming. Sheikh Sabah was scheduled to visit India last year, but we couldn't make it. But I am working hard with the Kuwaiti government to make this visit happen in 2019", Al-Najem informed.

Extolling Kuwait-India ties, Al-Najem informed that the relations between India and the Arab countries dated back to ancient times. There were links between Arabia and India not only in economy and trade, but also in art and culture, he explained.

There are around one million Indian nationals living and working in Kuwait.