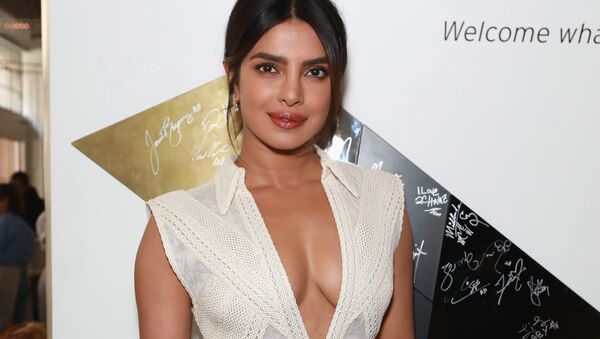 Priyanka Chopra, the 36-year-old Quantico star, who married Nick Jonas in December 2018, was pictured enjoying a vacation with her beloved hubby and in-laws, as they went boating in Miami.

The Indian actress seized the opportunity to show off her curves and toned body in a black two-piece bikini, featuring circular metal rings in the top and high-wasted bottoms.

The couple soaked up the sun while enjoying drinks on an inflatable dinghy, but it was Priyanka who brought the heat by hopping onboard a jet ski.

Honeymoon life: Priyanka Chopra shows off her bikini body as she takes to the waves with husband Nick Jonas in Miami on Sunday pic.twitter.com/JKjTtQf1Pw

Priyanka was also spotted hanging out with her soon-to-be sister-in-law, Game of Thrones star Sophie Turner, Joe Jonas’ fiancée. Sophie donned a yellow-and-black chequered one-piece, with the two actresses looking like they could be filming a Baywatch sequel.

However, it seems that their fun-filled vacation isn’t all about rest: rumour has it the Jonas Brothers are filming another music video, just weeks after they surprised their fans with a reunion after a six-year hiatus and dropped a video clip for “Sucker”, starring Priyanka, Sophie, and Kevin’s wife Danielle.

“The Jonas Brothers spent the weekend filming their new music video on Miami. They wore bright-coloured retro suits for most of the shots and had a blast with the concept. They filmed one scene on a boat and another at the pool at the International Inn with an audience of old ladies in bathing suits looking on as they performed. In another shot, the boys held up retro tanning reflectors as they sat in lawn chairs wearing brightly coloured suits”, E! News cited an unnamed source as saying.

According to the source, the band had a fun day and chatted with fans in between takes.

When the crew looks this good 🎉🙌🏽❤️

Along with the photo, he shared an Instastory, featuring him and Joe, donning the same blue suits, with Nick jokingly saying, “B*tch stole my look”.

READ MORE: Nick Jonas and Priyanka Chopra Enjoy Each Other in Miami

It remains to be seen whether The Jonas Brothers’ new video will feature their wives and girlfriends given the smashing success the clip for the single “Sucker” has enjoyed thanks to the ladies’ appearance.