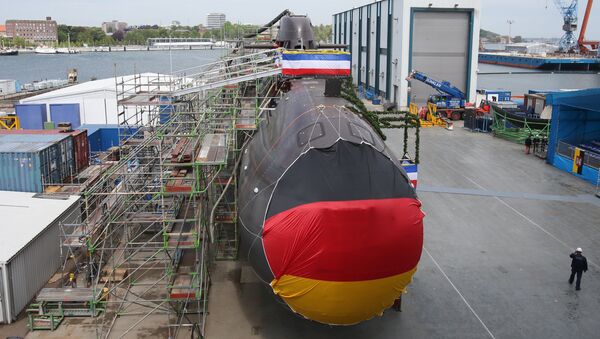 The probe into a purportedly corrupt deal worth $2 billion to purchase submarines and naval vessels from German shipbuilder ThyssenKrupp, known as Case 3000, has involved top Israeli officials, including Prime Minister Benjamin Netanyahu.

The prosecutor’s office in the German city of Bochum, which specialises in corruption cases, has initiated a preliminary investigation into the billion-dollar submarine deal with Israel, the business daily Handelsblatt reports citing industry circles. The investigation is said to have been triggered by an Israeli request for assistance to the German authorities.

According to Handelsblatt, some suspicious spending related to the armaments business has been discovered in connection with ThyssenKrupp Marine Systems (TKMS), the shipbuilding division of the Ruhr Group, from whom Israel has ordered submarines and corvettes over recent years. The newspaper cites internal documents and reports that the shipbuilder’s managers relied on respected ex-military members to handle the local operations with a flow of so-called "useful expenses" around 2005.

The outlet points out that after current Prime Minister Benjamin Netanyahu took over government, he urged Israel to change its consultant with TKMS. At Israel’s suggestion, ThyssenKrupp and Miki Ganor, who belonged to Netanyahu’s close circle, according to an investigation by Israeli Channel 10, signed a consulting agreement. Among other things, Ganor received an eleven-million-dollar commission for the sale of the corvettes.

Officials are expected to focus on a recent deal involving three submarines, according to Handelsblatt. Notably, one-third of the construction costs in the reported two-billion-dollar deal for three boats were taken over by Germany as a part of historic reparations to Israel. It currently operates five units, all built by the German shipbuilder, with one more vessel to be delivered next year. The outlet says that Israel wants to buy more submarines in Germany; however, these plans might be scrapped if bribery allegations prove to be true.

The German authorities have not commented on this so far. The investigators in the Ruhr Valley, where TKMS has its headquarters, have previously seen no reason to initiate their own probe referring to the case as an "observation process". This changed after Israel applied for legal assistance, as Bochum’s prosecutors, where the case was earlier referred, initiated a formal procedure.

The two-year probe of the suspected graft scheme, led by the Israeli police, has resulted in charges against 6 decision makers, suspected of profiting through bribes and money laundering. The investigation has even hit the close circle of Israeli Prime Minister Benjamin Netanyahu, who was also questioned in the “submarine affair”. Although no evidence has been found against him, the probe is now making itself felt during an ongoing election campaign amid criticism from the opposition.

Recently, new allegations emerged, that the head of the Israeli government might have profited from the deal in question. The company at the epicentre is the subcontractor Sea Drift, which has since been acquired by Graftech. Its customers include ThyssenKrupp, who sold submarines and other naval vessels to Israel under Netanyahu, who purchased shares of Sea Drift when he was an opposition leader and sold them one year after his re-election as head of government in 2009 for around four million euros.

Investigators in Israel are interested in finding out how Netanyahu could sell the shares with a four-time markup, although Sea Drift, which incidentally belonged to his cousin, had done poorly. Netanyahu has denied the allegations about the suspected conflict of interest coupled with his purchasing the vessels, bypassing the country’s Defence Ministry. According to him, they have been renewed by his political opponents amid the current election campaign.

Apart from the “submarine affair”, also known as Case 3000, the Israeli prime minister is also involved in two other separate corruption cases — Case 1000 and Case 2000. The first one has focused on Netanyahu's receipt of expensive gifts from members of the business community, the total value of which is estimated at $300,000. In Case 2000, Netanyahu is alleged to have attempted to conclude a deal with the media outlet Yedioth Ahronoth, in exchange for favourable media coverage of the government.