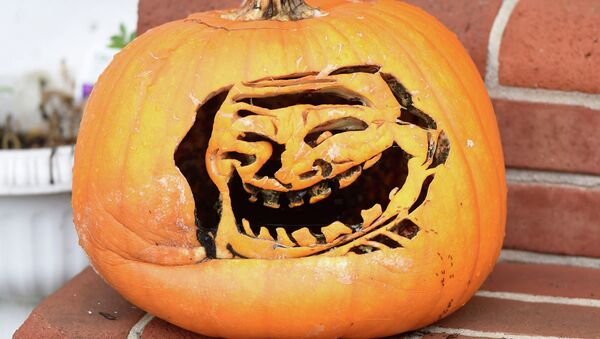 © AP Photo
Subscribe
The copyright reform, which tightens regulations on pretty much everything on the net, from audio-visual materials to memes, is designed to force tech giants to counter unauthorized content-sharing and pay the creators. While the reform has been endorsed by publishers and artists, including Sir Paul McCartney, it has prompted protests from users.

The European Parliament has voted with a margin of 74 votes in favour of the Copyright Directive, introducing provisions to the 20-year-old EU copyright law, aimed at improving copyright protections and guarding the interests of European content creators. It adopted the proposal, mulled since 2016, with 348 votes in favour and 274 against. The text now has to be formally approved by the Council of the European Union. Then, EU member states have two years to implement the directive and pass their own laws.

The legislation package, which has prompted criticism from tech companies and resulted in protests in Germany, includes Article 11, dubbed the “link tax”, and Article 13, also known as “upload filter” (re-named Article 17 in the latest draft). The first gives creators and copyright holders the opportunity to make online platforms and news aggregators pay for displaying fragments of news stories. The second one, with the title “Directive on Copyright in the Digital Single Market”, makes platforms like Facebook, Twitter and others legally accountable for the copyrighted content that their users upload and share online in any format, including memes, and forces them to introduce “upload filters”.

The approval of the new legislation, which some hoped would be amended at the last minute, was called a “dark day for internet freedom" by German MEP Julia Read, representing the Pirate Party, and triggered an online storm, as users grieved and joked about parting with free content, including memes.

A bunch of 60/70-years-old people, who can barely turn a computer or a smartphone on, wants to decide for millions of people who have many more problems than just those related to #Copyright#Article13

I heard they plagiarised it off the people that were sitting next to them.

​Criticism has not been limited to online mockery and shaming of the EU. It also took the form of protests in Germany, where thousands of people marched against what they slammed as online censorship.

The legislation also resulted in vehement opposition from the companies that own the major online platforms and social media. After the initial drafts of the tightened regulations were introduced, Google even threatened to pull its news service from the continent, while YouTube boss Susan Wojcicki branded the proposed legislation "unrealistic".

Although direct liability for copyright infringement was replaced with making the companies responsible if they do not use upload filters, Google still voiced opposition. Senior Vice President of Global Affairs at Google Kent Walker warned that the provisions will "not help but rather hold back" Europe's content creators and talents that the new law was designed to protect.

The legislation, before it was adopted, had been backed by record industry groups like IMPALA, Association of Independent Music, Dutch Collecting Society for Music Works, and the International Confederation of Societies of Authors and Composers, as well as artists including Sir Paul McCartney, Annie Lennox, and British film director Mike Leigh.

000000
Popular comments
EuroPox, they don't have to understand anything. The only thing those creatures have to do is following orders from their masters, and that they do understand. One good example. One of the leaders of the BNP recently confessed, back some 15 years they got approached from people representing the banking business. They were offered a nice chunk of money to start talking about Islam but never about the banking system in the UK, and they did as told.