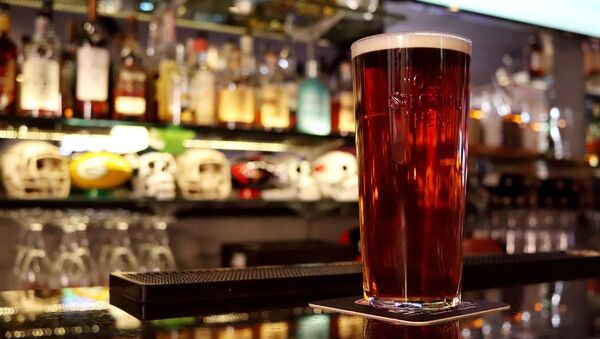 The UK government has in its negotiations with the European Union agreed to extend Article 50 if the Withdrawal Agreement, but such determination is not necessarily shared by thousands in the UK determined have a drink or two on 29 March.

Among many Brexit-themed events promoted on social media and dedicated to the initial exit deadline in the end of March, many haven't been postponed despite the officially looming Brexit delay.

A Brexit party held in Bewdley, Worcestershire will go on as planned, with the organizers claimed: "We are not political at all just like a party so any excuse."

Event managers of a bash organized in Eastbourne, East Sussex suggested that Brexit is "happening, whether we want it or not, so we might as well be drunk!!" 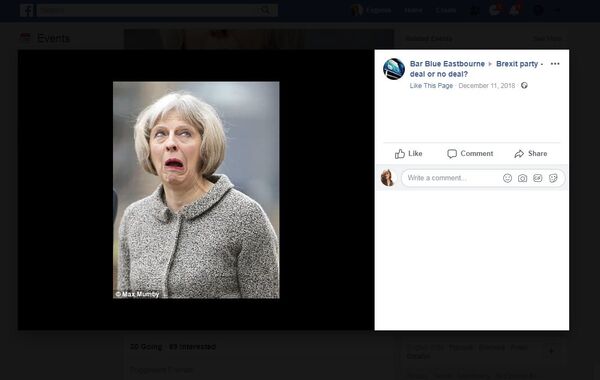 A selection of respectively named drinks, including "Theresa Sunrise," "The Strong and Stable," "Lonely island ice Tea" and "Brexit Bombs" — will apparently be offered to the guests.

Some will be raising a glass to expected resignation of the UK Prime Minister Theresa May, at an accordingly titled festivity — "Theresa May's resignation party." 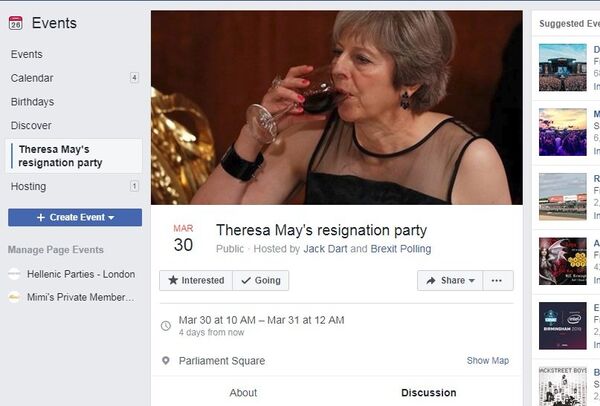 "What do I get Tresemme aa a leaving gift?" asked Facebook user Tim Brown in the comments section, referring to the UK PM.

While another user Clément Gonzalvez expressed concern that the celebration could be postponed, presumably in the light of the Brexit delay, the description of the event stressed it was "naturally the right time to have a drink." 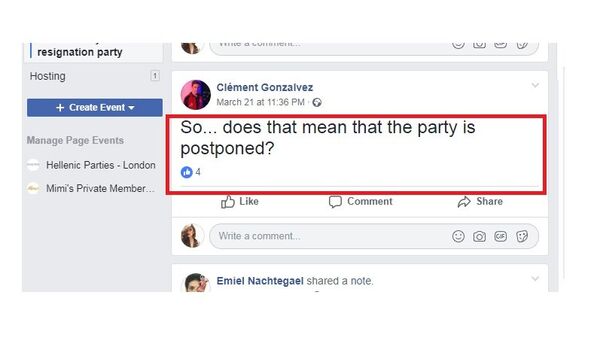 In Cardiff, Wales locals have been encouraged to "Celebrate Brexit by sculling 7 cans of Tesco Lager at City Hall" to "celebrate an anticlimactic finale to several years of political turmoil?"

Others have gone one step further and planned a Brexit-themed Easter Party.

"We might be here, we might not be here anymore… BUT if we manage to avoid an apocalyptic post-Brexit hellscape, we should celebrate! Union Jacks, Easter Eggs, and a truck-load of alcoholic beverages will be welcome…" the Post-Brexit-Apocalypse Easter Party organizers said. 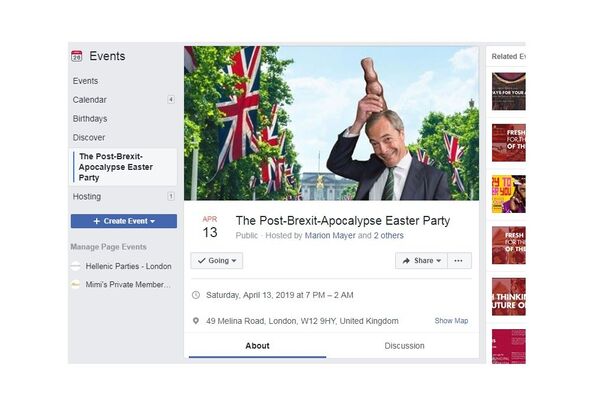 The UK's closest neighbor and an EU member state, Ireland will see a gastropub in its capital throw Britain "a proper going away party."

Guests will be treated to Brexit cocktails "The ‘Theresa Maytini," "Old Fashioned Tory," and "D.U.Pina Colada," entertained by the cleverly named band "The Backstop Boys," while DJ Tory Moi is set fill the dancefloor with "bangers from UK."

this is something nobody should miss!

In the latest twist in the Brexit process, British MPs put forward Brexit-related motions to hold a number of indicative votes, which will take place on Wednesday. In turn, Downing Street said that it won't be bound by the results of the voting.

On 27 March, the British PM is expected to address the 1922 Committee of Conservative backbenchers, while the MPs will also vote on changing the Brexit date in UK law from 29 March.