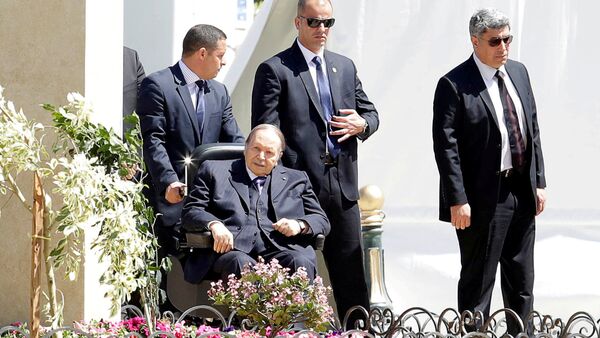 "A solution should be adopted that guarantees the satisfaction of all the legitimate demands of the Algerian people and that guarantees the respect of the provisions of the constitution and continuity of the sovereignty of the state, a solution that can be accepted by all. It is a solution that exists in the Constitution in its Article 102," Salah said as quoted by the TSA outlet.

Former Algerian Prime Minister: 'Algerians Don’t Like Arab Spring'
Article 102 suggests that a president suffering from a serious long-term illness is unable to fulfill his responsibilities, so, in this case, the Constitutional Council, after verification, can ask the parliament to consider vacating the presidency.

Salah's speech came amid protests that began weeks ago in protest against Bouteflika's intention to run for the fifth term in the upcoming presidential election. Bouteflika said earlier in March he would not run for a new term and postponed the election, but a new date has not been set yet.