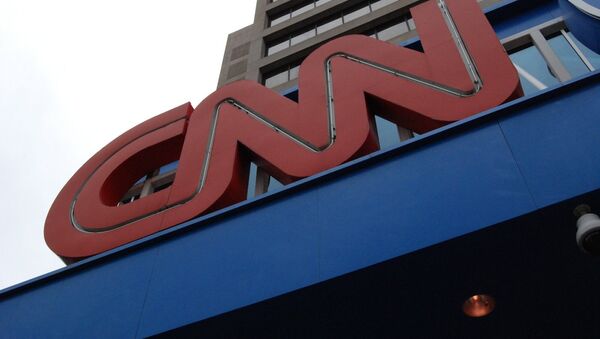 US President Donald Trump has been embroiled in the Russiagate scandal with American media over the last two years amid allegations of collusion with the Russian government during the 2016 presidential elections, with the head of state calling some reporters the "enemy of the people" and slamming news outlets as "fake news", including CNN.

But US attorney general William Barr's summary on the Mueller investigation, which was released on Sunday and found that President Trump had not colluded with Russia, shattered the mainstream media's official narrative.

Responding to Mr. Barr's summary, Mr. Zucker wrote in an email to the New York Times that he was "entirely comfortable" with how CNN covered the investigation.

"We are not investigators," Zucker said in the NYT article. "We are journalists, and our role is to report the facts as we know them, which is exactly what we did."

CNN prez Jeff Zucker: "We are not investigators. We are journalists, and our role is to report the facts as we know them, which is exactly what we did." https://t.co/DiUjr7Nkbg

​​"A sitting president's own Justice Department investigated his campaign for collusion with a hostile nation. That's not enormous because the media says so. That's enormous because it's unprecedented," Mr. Zucker added.

The CNN tsar was immediately trolled on Twitter following his comments by both famous and lesser-known personalities.

The Mainstream Media is under fire and being scorned all over the World as being corrupt and FAKE. For two years they pushed the Russian Collusion Delusion when they always knew there was No Collusion. They truly are the Enemy of the People and the Real Opposition Party!

I don’t want to gloat about being right on russiagate, I’m just sad this is what was propagated to deflect accountability. The squandered energy, smears & censorship can’t be taken back. Worst yet, those who claimed this would be Trump’s undoing just handed him his greatest gift.

Did CNN's president just admit that the company has no investigative journalists? https://t.co/gtcl6qqGeR

For real Brian, in what world does this help you or CNN? CNN prez Jeff Zucker: "We are not investigators.”

"We are not investigators.”

How doesn’t this expose everyone at CNN as scribes for people in government?

​What Did The Attorney General Report Say?

Mr. Barr's four page summary concluded that Mr. Mueller found no evidence that Trump's campaign worked alongside Moscow in the 2016 elections, or that Trump had obstructed justice.

Sarah Sanders, US press secretary for the White House, said in a statement that US Democrats and the "liberal media" should apologise to President Trump, adding that Mr. Barr's summary was a "complete and total exoneration."

Democrats and their liberal media allies for two years slandered President @realDonaldTrump for “conspiring with Russia.” It was all a malicious, preposterous lie given wall to wall media coverage despite zero evidence. This should never again happen to an American President.

Director of communications for the Trump campaign Tim Murtaugh said in a memo to television producers urging them to combat "outlandish, false" made on new channels by Democratic lawmakers.

Giuliani Slams Mueller Report For Line About ‘Not Exonerating’ Trump
​Mr. Zucker has made statements in the past that coverage of the US president was essential to the CNN's ratings, adding that "anytime you break away from the Trump story and cover other events in this era, the audience goes away."

"So we know that, right now, Donald Trump dominates," he added.

But President Trump angrily tweeted in August that AT&T should fire Zucker because "his ratings suck."

Great move by CNN if they sign Jeff Zucker. He was responsible for me and The Apprentice on NBC—became #1 show!