Over One Million Anti-Brexit Protesters in London March 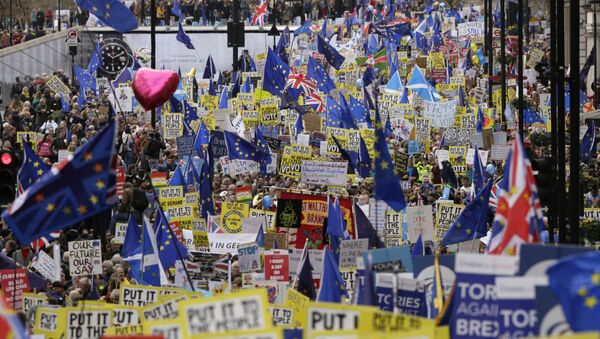 An estimated one million anti-Brexit marchers gathered in London on Saturday to demand a new vote as a means of keeping the UK under the umbrella of the European Union economic bloc.

Demanding a second EU referendum reports of over one million people joining the demand has strengthened the resolve against the efforts of many in Parliament, including Prime Minister Theresa May.

Billing itself as a 'Put It To The People' march rally, over a million anti-Brexit protesters gathered in London demanding a new UK referendum, according to Sky News.

Politicians addressing the rally outside parliament included Tom Watson, Nicola Sturgeon and Sadiq Khan among many others, even as a petition to revoke Article 50 and remain in EU has now hit and eye-opening four million signatures.