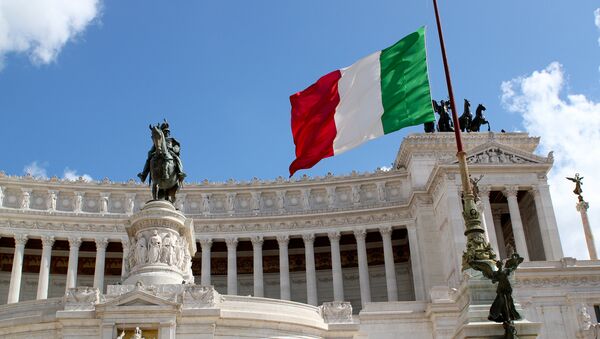 The signing of the agreement comes during Chinese President Xi Jinping's three-day visit to Italy in an attempt to improve relations with Rome as China is currently engaged in a trade war with Washington.

Italy approved on Saturday China's Belt and Road (BRI) industrial initiative — this move makes the European country the first member of the Group of Seven (G7) powerful economies to join the Chinese project.

In addition to the 'Belt and Road' deal, Chinese and Italian businesses concluded around ten other trade agreements — these include projects in the steel, energy and gas industries.

Italy’s Plan to Join BRI Aims to Build Multiple Asia-Europe Gateways
This comes after on 22 March Italian President Sergio Mattarella commented on the planned deal signing with China saying that it would create "perfect conditions" for boosting cooperation between the two countries' businesses.

He also expressed hope that the BRI, also known as the 21st Century Maritime Silk Road, would be a "two-way road," and it would allow exchanging not only of goods but of ideas. His Chinese counterpart, Xi Jinping, who is currently on an official three-day visit to Italy, for his part, said that he and Mattarella had reached a "broad agreement."

In 2013, Xi unveiled China's planned Belt and Road project; its aim is to accelerate economic advancement and strengthen relations between Eurasian countries.