‘Biological Deception’: Why Humans Are the Only Mammals With Permanent Breasts 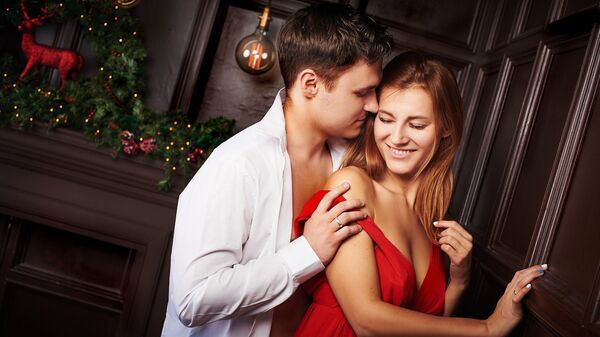 As human females are fascinatingly the only mammal with permanent breasts, a report joins those curious biologists who have long puzzled over the evolution of human mammary glands.

Other mammals, including primates, develop temporary breasts during ovulation and for breastfeeding their young. Human females, however, develop breasts during puberty that last for the life of the person, even during menopause when a woman's reproductive hormones naturally decline.

To make human breasts even more confusing, they are mostly fatty tissue, except directly after the body has given birth, in which case they will also be filled with milk for nursing an infant child.

"Human breasts could therefore be a kind of biological deception," suggest authors Judith Eve Lipton and David P. Barash of the National Sexuality Resource Center, according to Live Science.

Researchers have proposed several reasons for the permanence of human breasts across a person's lifetime. Some claim that breasts, along with the derriere and the hips, are a form of fat reserve for females to be used as energy and insulation. Others — including eminent English biologist Charles Darwin — speculate that breasts evolved to increase a female's attractiveness to a potential mate.

In his seminal 1967 book, "The Naked Ape," English zoologist Desmond Morris agreed with the last definition, going s of ar as to suggest that the evolutionary development of breasts could be linked to a form of sex symbol.

In a 2011 study published in the Archives of Sexual Behavior, researchers noted that "medium to large sizes [of breasts] were rated as the most attractive by two male groups and that the viewing angle changed the rating of female attractiveness and that breasts presented in oblique view were rated generally higher than in side view."

"The results of the study indicate that sociosexuality influences male perception of female breast attractiveness and confirms that accentuation of female-specific physical traits produces a stronger response in unrestricted than in restricted men," the study states.

It is not clearly stated, however, whether those male humans seeking a female partner shift from an unrestricted point of view to one that is restricted after mating successfully.