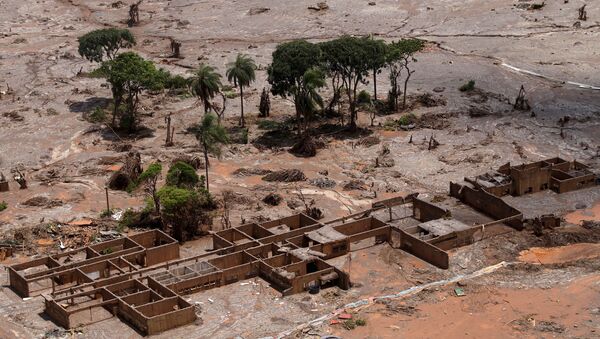 MOSCOW (Sputnik) – The highest level of threat was declared on Friday in the Brazilian municipality of Barao de Cocais, located in the southeastern state of Minas Gerais, over a risk of a local dam collapse, the G1 reported.

According to the G1 media outlet, the increased level of threat means that the dam may collapse at any moment. Civil defence forces were sent to the municipality in order to evacuate people, who remain in a potential disaster zone, in case of such a need.

The mining giant Vale, which operates the dam, said that local residents had been evacuated from the area in February when warning sirens on the dam sounded for the first time.

“The need for such a precaution measure emerged after an independent auditor informed us about the dam’s instability,” the company said.

The warning comes after on 25 January, a dam at Vale's Corrego do Feijao mine in the state’s Brumadinho municipality collapsed, triggering heavy mud floods. The disaster left more than 200 people killed.