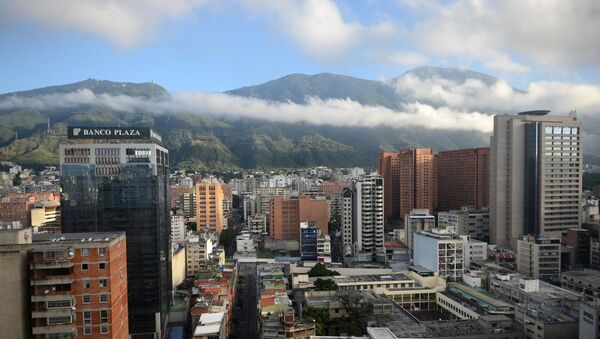 The Venezuelan interior ministry insists that the detained associate of the Western-backed opposition leader was "part of a terrorist cell.

The US Treasury has imposed sanctions on Venezuelan state-owned BANDES national development bank and its subsidiaries in what was described by Washington as an action "in response to the illegal arrest" of opposition leader Juan Guaido's aide by Caracas.

According to US Treasury Secretary Steven Mnuchin, Venezuelan President Nicolas Maduro allegedly "distorted the original purpose of the bank… as part of a desperate attempt to hold onto power."

The decision comes just day after US National Security Adviser John Bolton threatened Venezuela with response to the detention of Roberto Marrero, calling his arrest a "big mistake." According to Venezuelan Interior Minister Nestor Reverol, the aide to the self-declared "interim president" Juan Guaido was part of a terrorist cell that planned attacks in the country and was linked with foreign mercenaries.

In addition to this, two rifles were found in possession of Marrero, who was detained in an early-morning raid on Thursday, Caracas announced.

Venezuela's Interior Minister Says Detained Guaido Aide Part of Terrorist Cell
The Venezuelan authorities said they had disrupted the activities of a terror cell that had planned to stage a number of attacks, adding that it could have hired mercenaries from Colombia or Central America to attempt to assassinate the Latin American country's political leaders, military personnel, judges.