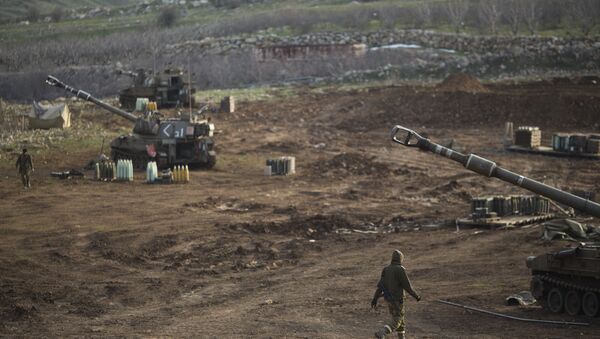 MOSCOW (Sputnik) - US President Donald Trump has said that he had been considering for a long time the decision to recognise Israel's sovereignty over the Golan Heights.

"I've been thinking about doing it for a long time. It's been a very hard decision for every president, no president has done it," Trump told FOX Business in an interview answering the request to explain the timing for the decision.

A day before, Trump tweeted that it was time Washington fully recognised the Golan Heights territory as belonging to Israel. Recently, the US State Department in its human rights report changed the term "occupied" to "Israeli-controlled", when referring to the territories of the Golan Heights, the West Bank and Gaza.

Apart from that, US Senator Lindsey Graham after a tour of the disputed region vowed that he would push the Trump administration to formally recognise it as part of Israel.

Trump: Time for US to Fully Recognise Israel's Sovereignty Over Golan Heights
Reacting to Trump's statement, Russian Foreign Ministry spokeswoman Maria Zakharova said on Friday that Moscow considered it to be irresponsible, explaining that it may negatively affect the Middle East and destabilise the situation.

The Golan Heights are locked in between Israel's northeastern border and Syria's southwest. Most of the Golan territory has been under Israel's control since the country occupied the area in 1967. Israel and Syria along with Egypt became involved in another war in 1973, with one of the objectives being the recovery of the territories seized by Israel.

The UN, which did not recognise Israeli sovereignty over the region, brokered a Syrian-Israeli armistice in 1974, urging Israel to leave parts of the Golan Heights.