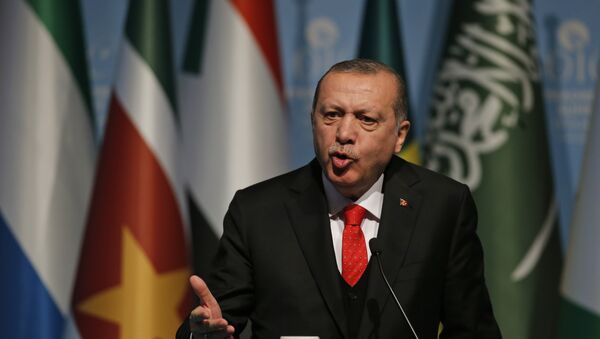 © AP Photo / Emrah Gurel
Subscribe
MOSCOW (Sputnik) - New Zealand Foreign Minister Winston Peters said Friday that a misunderstanding with Turkey over its reaction to a shooting in two mosques in New Zealand's Christchurch had been "cleared up."

"We were coming here to ensure that the record was correctly understood, that with precision and exactitude they knew what had happened in New Zealand and what our response was… But in the opening days… some misinterpretations could have happened, but I am delighted to say that they have all been cleared up," Peters told reporters, when asked about Ardern's comment.

The minister said he had been reassured by Istanbul that New Zealand citizens would be welcome in Turkey.

New Zealand Bans Military Style Semi-Automatics, Assault Rifles
Earlier in the day, Peters took part in a meeting of the Organisation of Islamic Cooperation in Istanbul. New Zealand Prime Minister Jacinda Ardern reportedly said Wednesday that the foreign minister would "confront" the comments of Turkish President Recep Tayyip Erdogan made shortly after the attack. Erdogan used a video footage of the shootings at a campaign rally and spoke about it.

Misunderstanding between New Zealand and Turkey occured after the Turkish President Recep Tayyip Erdogan referred to Australians and New Zealanders who fought at the Gallipoli peninsula at the World War I, saying some of them would return home "in coffins."