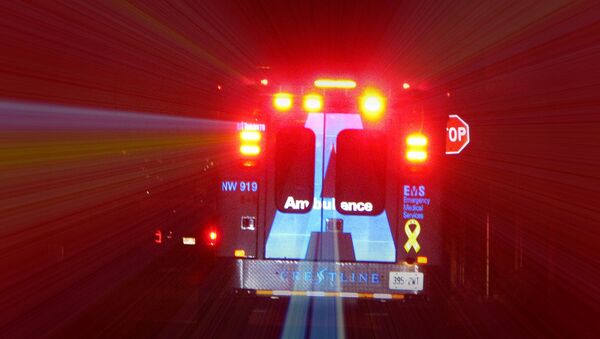 The suspect who attacked the priest is held in custody and will be interviewed today, CBC News reported citing Céline Barbeau, director of communications for the Saint Joseph's Oratory in Montreal.

A priest was stabbed on Friday during a morning mass at Saint Joseph's Oratory in Montreal, Canada, local police said.

The attacker has been arrested and the victim, Father Claude Grou, was taken away by ambulance following the incident, Céline Barbeau, director of communications for the oratory was citing as saying by the Canadian media.

Heavy police presence in front of Montreal‘s St. Joseph’s Oratory after reports a priest was stabbed during a televised mass. Apparently he will be ok. pic.twitter.com/NV2xWiKoan

​According to her, the suspect used a sharp weapon to assault the priest. The assailant had run towards his victim from the back of the rectory.

Barbeau said that the priest's upper body had been slightly injured in the attack.