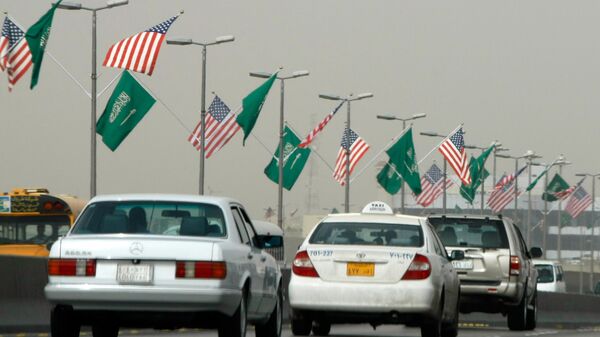 © AP Photo / Hassan Ammar
Subscribe
International
India
Africa
Radio Sputnik has discussed the issue of US-Saudi Arabia nuclear deals with Joshua Landis, an American academic who specialises in the Middle East and the head of the Centre for Middle East Studies at the University of Oklahoma.

Sputnik: Since 2009 Democratic Senator Bob Menendez and Republican [Senator] Marco Rubio have taken the initiative to study negotiations between Washington and Riyadh on the subject of agreements in the nuclear field. So, the goal [of these negotiations] is to eliminate tensions in the region. What could the investigation reveal?

Joshua Landis: You know, I don't know enough about the nuclear discussions between Saudi Arabia and the United States. I know that there have been a number of congressmen who have been interested in generating business and making money through these sorts of nuclear deals, and that it is a bad idea. Many people are cautioning against it because it will only increase the nuclear competition in the region.

Washington-Riyadh Nuclear Talks Continue, Ball in 'Saudis’ Court' - US Official
Sputnik: Is it likely that US senators' actions could affect US-Saudi relations in general?

Joshua Landis: That the US sanctions in effect against Iran?

Joshua Landis: I am not sure what your question is.

Sputnik: Actions not sanctions, senator's actions, could they affect US-Saudi relations in general?

Joshua Landis: Yes. There is a lot of… Especially under this administration, there are many people who are hoping to profit from the close relations between Saudi Arabia and the United States. And clearly, Saudi Arabia is attempting to build its financial links to the United States in order to lock in this pro-Saudi policy. And it has been spending money in many different places on think-tanks, on contributions and of course, on business ties, which are good for both countries. And that has been a constant line of President Trump, which is that he is trying to "Make America Great Again". He wants money and this kind of contract is good for making money for Americans. And therefore, other priorities like human rights, killing Yemenis are of less importance.

Sputnik: So, let's keep the nuclear question. So, I think this one will be from your area of expertise. Some experts from the Persian Gulf say that the US Congress wants to protect Israel from a possible nuclear threat from its neighbours. So, is there a grain of truth to this?

Joshua Landis: Yes, I think that most congressmen are very sensitive to Israeli needs. And Israel makes its interests very clear on Capitol Hill and in each election cycle. So, there is resistance to allowing Saudi Arabia to have nuclear refinement capabilities because (this could) if there were a regime change or a revolution or an uprising in Saudi Arabia, it could easily fall to the wrong hands. And we have seen this already in Iran, where the United States helped the Shah of Iran produce nuclear power plants that then America accused the Islamic Republic of shifting towards the manufacture of weapons or at least they feared that it would become used for nuclear weaponry.

So, Israel has fought against this sort of development in the past. Israel was dead set against the sale of AWACS planes in the 1970s and 1980s to Saudi Arabia. And the preparations, once Iran became the Islamic Republic, the United States began to help Saudi Arabia build a very sophisticated military infrastructure. The infrastructure that we saw deployed in 1990 in the war against Iraq and the Kuwait War (The Gulf War, codenamed Operation Desert Shield — ed. note Sputnik).

And Israel lobbied against that because they were worried that if the United States built up Saudi Arabia as a major military power that it could backfire on Israel. So, there have always been tensions. But as Saudi Arabia and Israel have become more and more collaborative, Saudi Arabia has realised that the only way to smooth the path for its own military development is to draw closer and closer to Israel because that is the way to if not neutralise the pro-Israeli lobby in the United States to perhaps turn it into an ally in the attempt to develop its own military power, Saudi Arabia's military power, by using that to Israel's favour and by siding with Israel against the Palestinians.