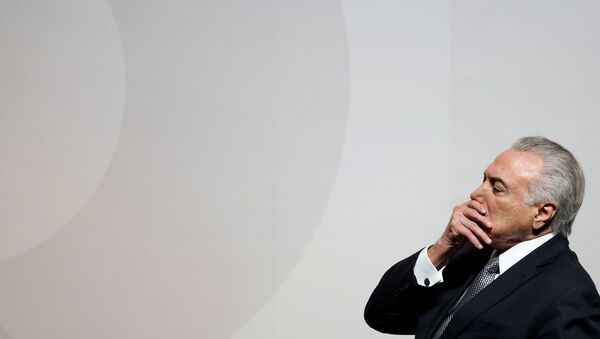 According to the portal, the arrest took place within the framework of the Lava Jato police operation targeting a corruption scandal in oil-and-gas company Petrobras.

The spike of fuel prices in Brazil, one of the main Latin American oil producers, has provoked the outrage of the country's population last year, with truckers striking over the fuel prices principles.

The public discontent and rallies forced Brazilian President Michel Temer to agree to the protesters' demands and to reduce diesel prices. At the same time, it led to the resignation of Pedro Parente, then president of Brazil's Petrobras state petroleum company.