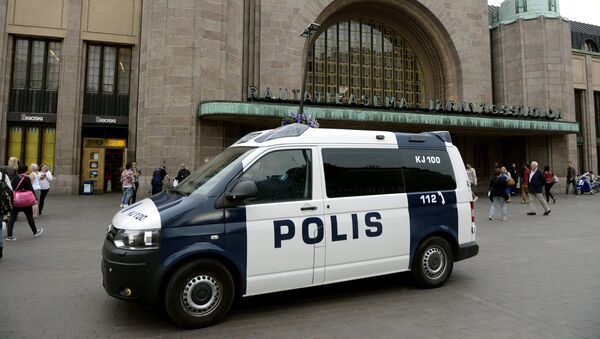 The Finnish city of Oulu was in late 2018 swept up by a grooming gang scandal, in which migrants and asylum seekers are suspected of sexually assaulting underage girls.

The first verdict has been handed down in the high-profile grooming gang scandal in the city of Oulu in northern Finland. 44-year-old Tajik immigrant Muso Asoev has been jailed for assaulting an immigrant girl under 10 years old, national broadcaster Yle reported.

Oulu's district court sentenced the man to unconditional imprisonment for three years and eight months. The crime was classified as aggravated rape and aggravated sexual exploitation of children. The court said that the trust the child placed in the accused played a pivotal role in the verdict. The punishment was tightened as a result of the confidence that the girl had in the perpetrator, who was be responsible for her religious upbringing. The offences were found to have occurred between summer and autumn last year.

The court also ordered the man to pay the victim 9,500 euros ($10,775) for distress arising from the offence and an additional 1,500 euros (1,700) for pain, suffering, and other afflictions. The man had no previous criminal record.

The verdict marks a first in a spate of suspected child sex abuse cases currently under investigation in Oulu, which came to light late last year and has since mushroomed to Helsinki.

The police said they suspected at least eight men of child abuse committed over a period of several months. The police also believe that procurement of sexual services from minors may be also involved. The newspaper Hufvudstadsbladet previously reported that all the alleged victims were under 15.

In total, the police are investigating 29 cases, where the suspects include Finnish nationals as well as foreigners, all of whom came to the country as refugees and asylum seekers. The police said that the suspects approached their victims online and speculated that some of the suspects and victims knew each other.

The grooming gang scandal has earned stern condemnation from the Finnish authorities. While Prime Minister Jula Sipilä expressed "grief and disgust" at the "inhumane and reprehensible" assaults, stressing that everyone who comes to Finland should respect its laws, President Sauli Niinistö called it "unbearable" that people coming as asylum seekers have "brought evil and created insecurity".

In early 2019, a citizen's initiative requiring foreign sex offenders to be expelled from Finland gathered over 50,000 signatures, which makes it eligible for consideration in parliament.