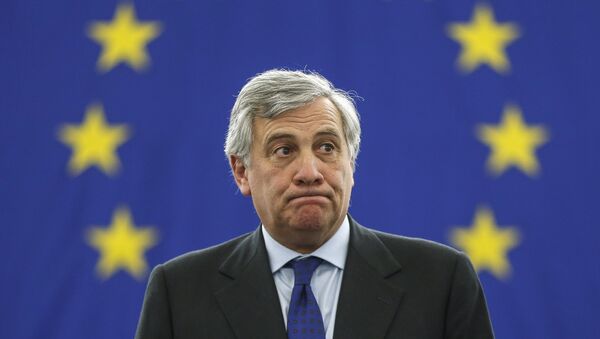 European Parliament President Antonio Tajani is holding a press conference ahead of the European Council meeting in Brussels, with Brexit being on top of the summit's agenda.

During the two-day European Council summit, EU leaders are poised to focus on the latest developments around Brexit in the wake of the letter written by UK PM Theresa May, in which she called Brussels for the extension to the Brexit deadline until June 30.

EC President Donald Tusk, for his part, said that a short Brexit extension was possible but conditional on a favorable vote on the withdrawal deal in the lower house of UK parliament, the House of Commons.