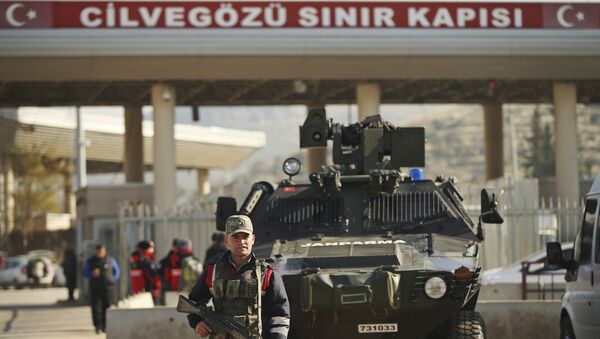 The Czech president’s remarks come a few days after Turkey announced a joint operation with Iran against the Kurdistan Workers Party (PKK), which Ankara considers a terrorist organisation.

During a trip to the Karlovy Vary region on Tuesday, Czech President Milos Zeman claimed he considered Turkey a “de facto ally” of Daesh*, the CTK news agency reported.

“Why [do the Turks] attack the Kurds? Because they are de facto allies of the Islamic State [Daesh]”, the president said, answering a question from one of the meeting’s participants. “This means that it’s Turkey – despite the fact that it is a NATO member and seeks to join the European Union, which it is unlikely to be accepted – that has served as a mediator in logistics operations for the Islamic State [Daesh] supplies when [this terrorist organisation] occupied a significant part of Syria and Iraq. This, for example, included oil exports [from the territory seized by terrorists] and the like".

The Czech president has accused his Turkish counterpart Recep Tayyip Erdogan of pursuing a policy of Islamising his country.

"This is no longer the secular state of [Kemal] Ataturk, but a state that professes Islamic ideology, and as follows logically, that it [the state] stands close to the Islamic radicals", Zeman alleged.

Erdogan has yet to comment on the accusations, but Ankara has repeatedly accused the West of backing the Kurdistan Workers’ Party (PKK), which Ankara views as a terrorist organisation, and sponsoring Daesh.

READ MORE: 'What Kind of Alliance Is This?' Erdogan Blasts NATO Over Arms for Syria's Kurds

Last month, Erdogan announced that Turkey was ready to launch an operation against the US-backed Kurdish-led People’s Protection Units (YPG) that it considers to be affiliated with the PKK, in Syria’s Manbij if the United States did not remove the militia from there.

Kurdish-led SDF Continue Offensive Against Daesh in Syria's Baghouz (VIDEO)
However, after talks with US President Donald Trump, who informed the Turkish counterpart of the US troop withdrawal from Syria, Erdogan postponed his plans, saying that the offensive would be launched only after the complete pullout of US forces.

In January 2018, Turkey carried out an operation, dubbed Olive Branch, against the YPG in Syria’s Afrin following the US announcement of its decision to start training a 30,000-strong border security force on Syria’s northern borders that would include the US-backed Kurdish Syrian Democratic Forces (SDF).

At the time, Erdogan slammed US intentions, having accused Washington of building a “terrorist army” near Turkey’s borders and vowed to “strangle” it “before it is born”.

Tensions between Turkey and the Kurds took a new turn in July 2015 when a two-year ceasefire between Ankara and the PKK collapsed over a series of attacks allegedly perpetrated by the Kurdistan Workers Party.