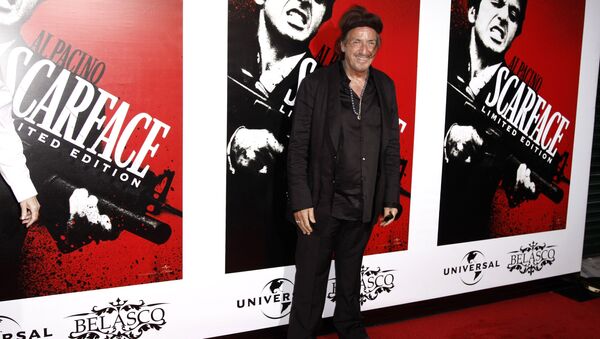 © AP Photo
Subscribe
In 1998 Mane Driza came to the UK claiming to have been orphaned during the war in Kosovo. In fact he was fleeing a blood feud in Albania.

Nicknamed Tony Montana, after Al Pacino's character in the film Scarface, Driza was a feared gangster who had killed Elmaz Kannani and his son Lavdosh in a village in Albania in 1997.

But he arrived in Britain and told the authorities his name was Sokol Drenova, he was only 17, and had lost both his parents in the Kosovo conflict.

Scarface fan Mane Driza, 41, who went on a two-year killing spree across Europe, has been found guilty of his fifth murder following a trial at the Old Bailey.

He was given leave to remain and while living at a house in Sudbury, north west London, he stabbed his housemate to death in a row over a stolen wedding ring.

After killing Mone he travelled to Italy and murdered two more Albanians there in December 1999. 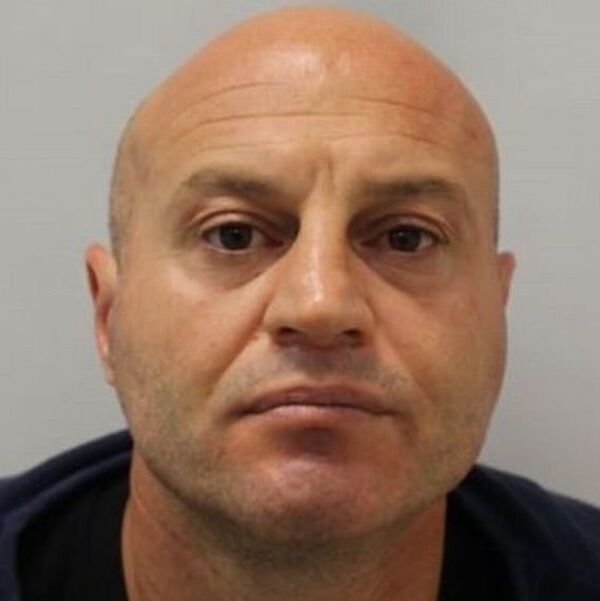 Sokol Drenova, pictured, was convicted of murder in London on 20 March 2019, on top of four other murders in Albania and Italy
© Photo : Metropolitan Police

But he was extradited to the UK to face trial for Mone's murder.

Driza had claimed self-defence and provocation and told the court he believed Mone was a "hired assassin" who had been paid by his victims' relatives to track him down in London and kill him.

Retired Detective Chief Inspector George Couch told the trial how he had gone to Italy to interview Driza in prison in 2000 about Mone's death.

"Driza said he came to England to escape from the Albanian police and also from the relatives of his victims in Albania who wanted to take their revenge on him," Mr Couch said, reading from a transcript of that interview.

"He was sure of one thing — that Bledar Mone was paid to kill him, because before this Bledar Mone was in prison together with the man he killed in Albania," Mr Couch told the court.

But a jury at the Old Bailey in central London found him guilty by a unanimous verdict.

Judge Sarah Munro QC thanked the jury on Wednesday for their service.

"There are not very many cases in which a defendant has four previous convictions for murder and there are not many cases when the jury will hear that but it was wholly relevant in this case," Judge Munro told the jury.

"There are three jurisdictions which retain an interest in him," Driza's defence counsel, Duncan Penny QC, told the court.

"He was convicted in his absence in Albania but if he was returned he has a right to have a trial with him present. He is on temporary surrender from the Republic of Italy. His sentence does not expire until 2026 and it's expected that he will be sent back to Italy," Mr Penny told the court.

Driza, bald-headed, muscular and wearing a dark red prison issue sweatshirt, listened as a young woman in the dock interpreted the judge's words into Albanian.

"The sentence in this country is fixed by law and I will be passing a life sentence. The only question for me to resolve is how long you will serve," Judge Munro told him.

She adjourned the case for sentencing on 3 April.

Driza is expected to be returned to Italy and then be brought back to England to serve his life sentence.