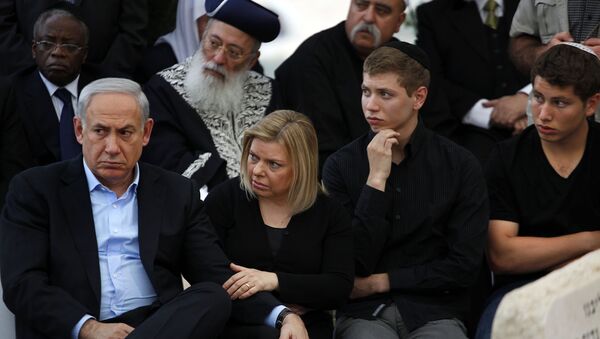 The hack was reportedly carried out some time ago and allegedly only now brought to light due to the upcoming Israeli elections. Tel Aviv denies the intrusion took place at all.

Telephones belonging to the Israeli prime minister's wife and son, Sara and Yair Netanyahu, were allegedly breached by Iranian intelligence services in order to wiretap the Israeli head of government, Independent Arabia reported, citing anonymous sources. According to the news outlet, the hack occurred several months ago, but was eventually discovered and the breach closed.

It remains unclear just how much and what information was leaked, if the hack actually took place, but according to the report, the intrusion, as well as a previous hacking scandal involving Blue and White Party leader Benny Gantz's phone, was unearthed only recently in the run-up to the Israeli elections.

The Israeli prime minister's office reacted to the report by stating that security officials had run checks that showed no signs of the phones having been hacked.

Relations between Iran and Israel remain strained, as the former rejects Israel's right to exist and has threatened to destroy it on multiple occasions. Tel Aviv, in turn, accuses Tehran of supporting groups like Hamas, which Israel claims Iran uses to achieve its goals.

Tel Aviv is not alone in making such accusations, with several other Middle Eastern states, including Saudi Arabia, also accusing Iran of supporting groups that they describe as terrorists and attempting to alienate the Islamic Republic.