Icelandic Companies Ready to Invest in Business in Russia – Ambassador 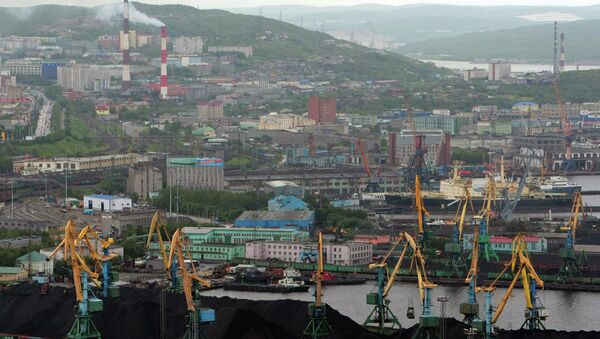 MURMANSK, Sputnik - Icelandic fish processing equipment manufacturers, ship design firms, and other companies are willing to invest in Russia and set up joint ventures, with the expectation of joining a programme to modernise the Russian fishing fleet, Iceland’s Ambassador to Russia Berglind Asgeirsdottir told reporters.

Representatives of 13 major Icelandic companies came to Murmansk this week to participate in the 6th international conference, Fishing in the Arctic: Challenges, International Practices, Prospects, on Tuesday, March 19. According to the ambassador, they are all interested in discussing joint projects with representatives of Russian business.

"We brought to the Murmansk Region representatives of 13 companies that are engaged in fish processing, manufacturing equipment, and designing vessels, because they see great opportunities in Murmansk. It is important for us to discuss how Russia and Iceland can cooperate in the area of renewal and development of the fishing fleet and fish processing", said Asgeirsdottir.

She noted that for Icelandic businesses, the Murmansk Region is, above all, an attractive fish region. Icelandic companies are already working in the area, using Icelandic fish processing equipment and implementing shipbuilding projects with designs by Icelandic consultancies.

"Icelandic companies are already investing in Russia. We know that there is a mutual benefit. We have very ambitious plans in connection with the task set by the Russian government to upgrade the fishing fleet and the fish processing industry. These plans have breathed new life into Icelandic enterprises", the ambassador said, adding that Icelandic companies already have orders for the design of 10 modern vessels, and for the supply of fish processing equipment to the Murmansk Region and Kamchatka.

Scientists Shocked by Huge, Strange-Looking Fish Washed Up on California Beach
Knarr Rus CEO Jonas Tryggvason, who speaks Russian fluently, noted that his company is already operating in the Russian market. "We have huge ambitions in Russia. We are already building several vessels. The first was laid in St. Petersburg at the Severnaya shipyard — that was in November. We are planning the next ship next month, and so they will be built one after the other", the executive said.

According to Tryggvason, his company has plans for the construction of onshore plants. One plant, Polyarnoye More, has been built in Murmansk; the other is in the pipeline. There are plans to build two more enterprises in the Russian Far East — in Shikotan and in Petropavlovsk-Kamchatsky. Russia has provided most of the investment in these enterprises, but the equipment is Icelandic. Russian specialists will work on the projects, initially under the guidance of Icelanders.

"Russia is beautiful, just beautiful, and we have already understood it", said Tryggvason.

"We are opening companies here, design firms, and in the future, there will be an expansion in the production of our equipment on the territory of the Russian Federation. We are selecting regions now — the Murmansk and Leningrad regions and others that offer good conditions", the businessman added.