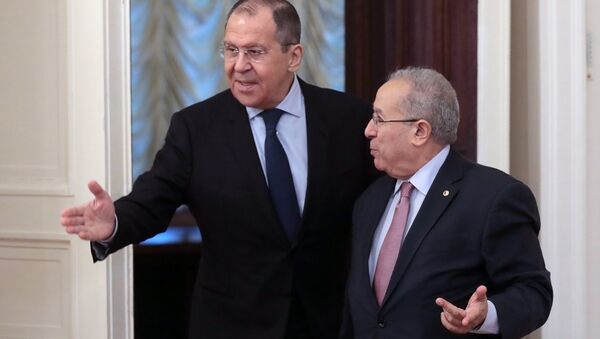 "After [the national conference] the Algerian opposition will have the possibility in the most active way to participate in the work of the government," Lamamra said at a press conference following talks with Russian Foreign Minister Sergei Lavrov in Moscow.

Lamamra also told Lavrov that he had brought a message from Bouteflika for Russian President Vladimir Putin.

The senior official noted that a national conference would decide when to hold the Algerian presidential elections, while incumbent President Abdelaziz Bouteflika is prepared to hand the power over to the successful candidate.

Algeria has been recently hit by a wave of mass protests against long-time President Abdelaziz Bouteflika, who intended to run for his fifth consecutive term in the next presidential election. The leader eventually revoked his bid, but the protests continued.