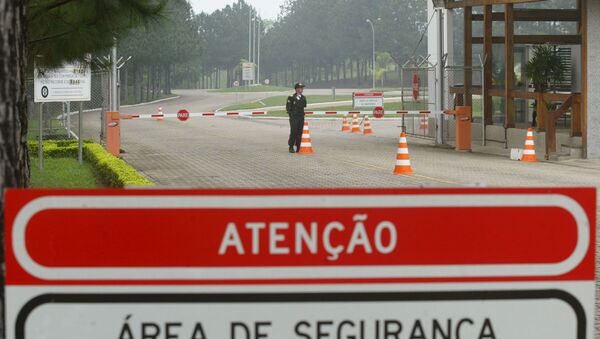 Brasilia is set to give foreign investors greater leeway in the mining sector; the government wants to open up indigenous reserves to mining and override a law mandating that Brazilian companies have at least 51% equity ownership in mining projects within 150 kilometres of the country's border.

The Brazilian government is planning a sweeping reform of mining legislation, clearing the way for foreign companies to invest in prospecting and the mining of uranium in the country, which has 5 percent of the world's uranium reserves.

Brazil's minister of mines and energy, ex-Navy admiral Bento Albuquerque, told Reuters that Jair Bolsonaro's government already has a bill in place, but is going to negotiate the final version in the National Congress.

"We have to resolve internally the issue of uranium exploration that today is a monopoly of the state and is in the hands of Industrias Nucleares do Brasil," Albuquerque said.

Set up in 1988, Industrias Nucleares do Brasil (Nuclear Industries of Brazil) is a state-controlled company that has a monopoly on uranium extraction. Today only state-owned nuclear companies are allowed to invest in the uranium sector.

Albuquerque added that the government also needs to improve its "capacity to control and supervise" uranium mining. According to him, Brazil is also looking to open up international competition for other projects in the nuclear sector. He stressed, however, that the only area that should be left out is nuclear fuel production.

Earlier this week, the minister met with US Energy Secretary Rick Perry in Texas. He said that Brazil seeks to sign a pact with the US next week that could pave the way for American companies to invest in uranium exploration and new nuclear power plants.

On 4 March, Albuquerque voiced plans to open up reserves lying beneath indigenous lands, which occupy 13 percent of Brazil's territory, to mining. This drew condemnation from the country's Indigenous Missionary Council, which said it "repudiated, with vehement indignation" the government's proposal.

Another plan is to lift a ban on foreign companies holding controlling stakes (51 percent and more) in mining operations within 150 kilometres of Brazil's border. These proposals have yet to be approved by the Congress.