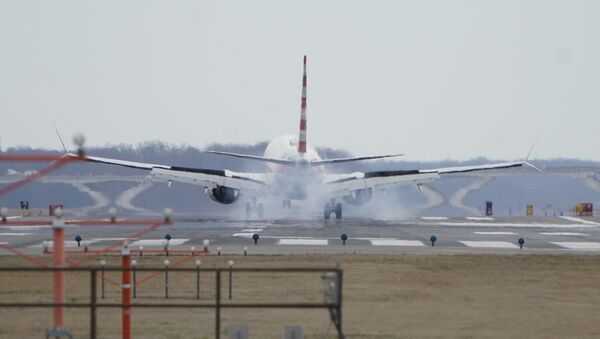 The Boeing 737 MAX aircraft has been grounded throughout most of the world for an indefinite length of time following two major accidents in less than five months.

While the investigation into both crashes continues, the initial findings indicate that there are similarities between them. The Lion Air flight 610 pilots reportedly fought with a bug in the plane's automated anti-stall system, which sent the plane into a nosedive while they were unsuccessfully trying to push the nose back up manually.

Meanwhile, it emerged that pilots have voiced concerns over the aircraft's controls in the months prior to Sunday's crash in Ethiopia. A search of the Aviation Safety Reporting System (ASRS), a database processing confidential reports about safety problems from pilots and other personnel, shows how the Boeing MAX anti-stall system was engaged on at least two occasions after the pilots turned on autopilot.

"The aircraft accelerated normally and the Captain engaged the 'A' autopilot after reaching set speed," reads one report dated November 2018. "Within two to three seconds, the aircraft pitched nose down bringing the VSI to approximately 1,200 to 1,500 FPM. I called 'descending' just prior to the GPWS sounding 'don't sink, don't sink.'"

"The Captain immediately disconnected the autopilot and pitched into a climb. The remainder of the flight was uneventful. We discussed the departure at length and I reviewed in my mind our automation setup and flight profile but can't think of any reason the aircraft would pitch nose down so aggressively."

In a separate incident in the US, a pilot recounted how the plane took a nose dive shortly after engaging the autopilot: "As I was returning to my PFD (Primary Flight Display), PM (Pilot Monitoring) called 'DESCENDING' followed by almost an immediate: 'DON'T SINK DON'T SINK!'"

The pilot switched off the autopilot and resumed the climb, but he failed to find out what had caused the nosedive. "With the concerns with the MAX 8 nose down stuff, we both thought it appropriate to bring it to your attention."

After the October Lion Air crash, Boeing issued guidance on how to deal with erroneous readings from the anti-stall sensor, but a pilot complained that it "did nothing" to address the system's issues.

"I think it is unconscionable that a manufacturer, the FAA, and the airlines would have pilots flying an aeroplane without adequately training, or even providing available resources and sufficient documentation to understand the highly complex systems that differentiate this aircraft from prior models."

They added: "I am left to wonder: what else don't I know? The flight manual is inadequate and almost criminally insufficient. All airlines that operate the MAX must insist that Boeing incorporate ALL systems in their manuals."

These reports add fuel to concerns over the safety of Boeing 737 MAX planes after a crash in Ethiopia last week, which claimed the lives of all 157 people on board.

A lot of countries, including the US, China, the EU and Russia, have enforced a temporary ban on the operation of these aircraft. An investigation into the tragedy is underway; on Thursday, two black boxes from the doomed plane were flown to France for expert analysis.

The fateful jet was the same model as the Lion Air plane that crashed in Indonesia on 29 October, killing 189 people.