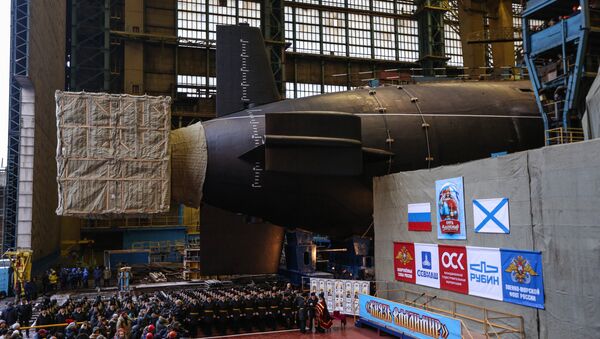 Both submarines are improvements over their original projects, and many more are expected to enter service by 2021.

Speaking at a meeting in Severodvinsk, Shoigu said that the new submarines will "define the future image of [Russian] submarine navy; allow to increase the defensive potential and strengthen Russia's positions in the World Ocean."

Russian #Navy’s latest strategic submarines, Kniaz Vladimir & Kazan, will join the fleet by the end of 2019. The ships will determine the future of Russia’s submarine fleet and increase the country's defence potential, as well as strengthen @Russia position in the world’s oceans pic.twitter.com/tkeG6e5xe2

​Both submarines are modernized versions of their projects — 885 and 955, correspondingly. So far, there is only one Project 885 boat, K-560 Severodvinsk. There are three Project 955 submarines in service.