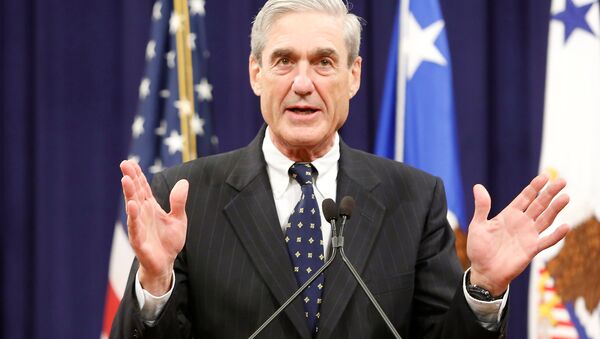 WASHINGTON (Sputnik) - One of the most prominent members of Special Counsel Robert Mueller's team that is investigating allegations of Russian interference in the 2016 US election will soon leave the office, NPR reports said on Thursday.

Andrew Weissmann, the architect of the case against former Trump campaign chairman Paul Manafort, will leave Mueller's team to study and teach at New York University and work on a variety of public service projects, including his long-standing interest in preventing wrongful convictions, the media reported, citing two anonymous sources.

US media interpreted Weissmann’s departure as the latest in a series of clues that Mueller has all but wrapped up his investigation of purported links between the Trump campaign and Russia.

US Appeals Court Rules Appointment of Mueller Was Legal
Russia has repeatedly denied any attempt to meddle in the elections, and President Donald Trump continues to call the probe a witch hunt on a regular basis. Russian officials have said the allegations were invented to excuse the election loss of Trump’s presidential opponent as well as to deflect public attention from actual instances of election fraud and corruption.

Weissmann was the lead prosecutor in the case against Manafort, who faces seven-and-a-half years in prison for crimes such as conspiracy, money laundering and tax evasion that have no connection to allegations of Russian election interference.