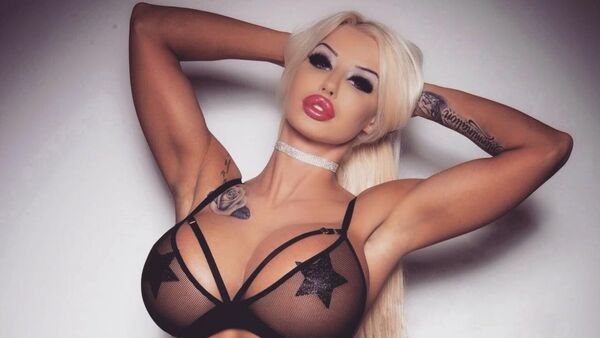 © Instagram / paulinajcandy
Subscribe
International
India
Africa
The model revealed that while she paid for most of her surgeries, some procedures were covered by the men she dated who spent the money to improve their sex life.

Paulina J. Candy, a 24-year old model from London, ended up spending over $66,000 on her quest to become a lifelike copy of the iconic Barbie doll.

According to the Daily Mail, Paulina started her transformation back when she was a teenager, undergoing her first breast surgery at the age of 18.

"When I was younger, MTV promoted playboy episodes for Girls Next Door and I fell in love with the whole Playboy lifestyle. The girls looked so beautiful and I would dream to be one of them", Paulina said. "That gave me the inspiration to make a lot of changes to my body. After that, I decided to get bigger size boobs and lips as I see it as more sexual and seductive".

Since then, Paulina subjected herself to a number of surgical procedures, increasing her bust size to a J-cup and getting buttock implants,

While he model paid for most of her surgeries out of her own pocket, she also admitted that she “had relationships where the man would encourage her to increase the size of her boobs for the benefit of their sex life”, the newspaper adds.

"I always have a problem with finding the right person in a relationship which is one bad thing about looking more sexual", she complained, adding that she gets "a lot of attention" from people of both sexes, with men going crazy about her and women feeling jealous of her good looks.