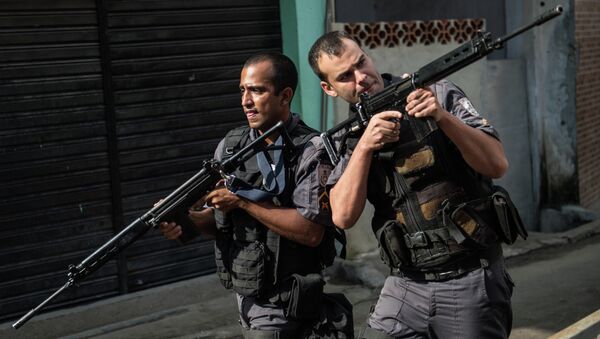 Firefighters confirmed to the local newspaper Folha de S.Paulo that a shooting had occurred at the Raul Brasil public grade school in the municipality of Suzano at around 9:30 a.m. local time (12:30 GMT).

At least seven people were killed, including two attackers themselves, and 17 others were injured on Wednesday after the gunmen, believed to be teenagers, started shooting in a school in the southeastern Brazilian state of Sao Paolo, the Globo broadcaster reported.

Earlier in the day, the media outlet informed the death toll included five children and one adult. According to the media, the two attackers committed suicide after the assault.

Shortly after that, police have reportedly revealed the names of the attackers: Guilherme Taucci Monteiro, 17 and Luiz Henrique de Castro, 25. A local media outlet has also posted a video of what they claim was the moment the shooters arrived at the school.

Apart from that, graphic photos of the allegedly dead attackers started to appear in social media. (WARNING: This tweet contains GRAPHIC photos and may offend sensibilities)

The reasons behind the attack are currently unclear. Police officers and rescue teams are currently working at the site. The injured people have been taken to hospitals.