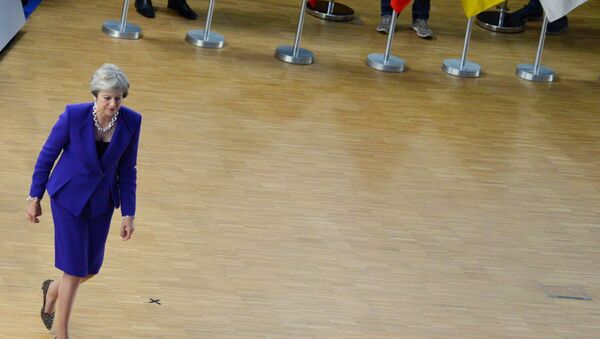 BRUSSELS (Sputnik) - The United Kingdom's potential withdrawal from the EU Customs Union and Single Market may cost Belgium more than 42,000 jobs and a 2.35 percent drop in the national GDP, CEO of the Federation of Belgian Enterprises (FEB) Pieter Timmermans said on Wednesday.

"Belgium’s losses could amount to 2.35 percent of GDP and more than 42,000 jobs," Timmermans told reporters.

According to the RTBF broadcaster, 5,000 of the 25,000 Belgian companies that do business with UK companies have already prepared for the consequences of Brexit.

The authorities of Flanders claim that Brexit to a greater extent threatens this most economically developed and populated region of Belgium. In this regard, the head of the regional government, Geert Bourgeois, called on Flemish companies to be prepared for this outcome and redirect their businesses to new markets.

According to estimates of international consulting company Deloitte, Brexit will hit Belgium, Germany, France and the Netherlands harder than other EU member states. The consequences will mainly be felt in Flanders, which accounts for 80 percent of Belgian exports to the United Kingdom.

The UK House of Commons is set to vote on a no-deal motion later on Wednesday after rejecting the updated withdrawal deal agreed by the UK government and the European Union a day earlier.