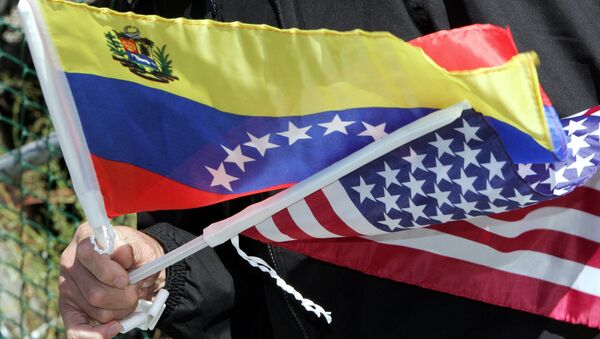 Earlier in the day, US Secretary of State Mike Pompeo announced that Washington would withdraw all its remaining personnel from Venezuela during the week, noting that the presence of the diplomats in the Latin American country had become "a constraint on US policy".

"Venezuela has decided not to grant a new extension for the permanence of the US diplomatic agents still present in the country, for which reason on 11 March 2019, the US Government has been required to leave the national territory with its the remaining personnel", the Venezuelan Foreign Ministry stated.

'The Only Feasible Path Forward in Venezuela is Through Dialogue' - Prof
Commenting on the decision, US Secretary of State Mike Pompeo said that the United States made the decision to withdraw all remaining diplomats from Venezuela due to security concerns.

“It was time for them to come back,” Pompeo told a local TV station in Texas. “Their security is always paramount. And it’s just gotten very difficult.”

The top US diplomat attributed the decision to worsening conditions on the ground over the last days and weeks.

The US diplomats have remained in the country despite the decision of Venezuelan President Nicolas Maduro to cut off diplomatic ties with the United States after Washington recognised opposition leader Juan Guaido as the Venezuelan interim president in January. Pompeo, however, has previously refused to comply with the demands, stating that Maduro lacked legal authority to declare US diplomats personae non-gratae.