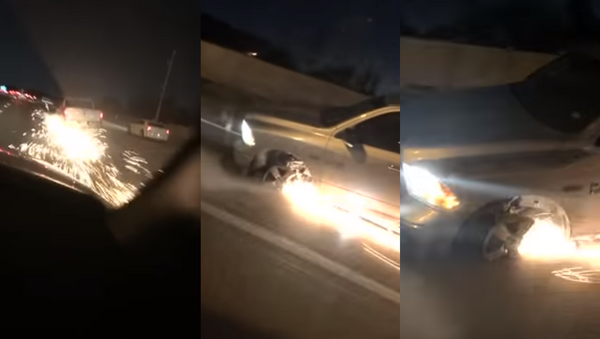 A driver's sobriety is definitely in question after she was spotted wearing down her truck's rim and brake rotor while traveling down the highway in Garland, Texas.

According to the owner of the footage, who posted the clip in the r/IdiotsInCars subreddit on March 9, he and his passenger were able to get the woman to pull over, but rather than immediately calling for a tow truck, she asked (much to their surprise) if a tire change would do the trick to get her home.

Someone was definitely desperate to get to her destination!