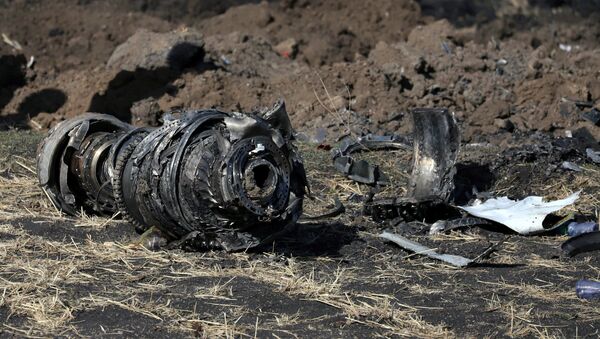 In a post on social media, a passenger who missed the doomed flight, talks about his experience and emotions of finding out he missed the crash by sheer luck.

A Greek man who was about to board the doomed Ethiopian Airlines flight 302 from Addis Ababa, but missed it by a hair, has posted an emotional letter on his Facebook detailing his story.

According to the letter, Antonis Mavropoulos missed the flight by two minutes, but, despite heavy protestations, the airport crew refused to allow him to board. The reason why he missed the flight was because of luggage, he says, because luggage delivery may take up to 40 minutes.

"When I arrived, the boarding was closed and I watched the last passengers in tunnel go in — I screamed to put me in but they didn't allow it", Mavropoulos wrote in a post titled "My Lucky Day".

Boeing to Upgrade Software Across 737 MAX Fleet After Deadly Ethiopia Crash
The airport had booked him a seat on the next flight, Mavropoulos writes, which he had to wait for in a "nice lounge" for three hours. However, as he began boarding to this new flight, a security officer halted him and, despite "intense protests," took him to the airport's police station.

The security officer "calmly told me to say thank you to God, because I was the only passenger who did not get on flight ET302, which has gone missing", the post reads. The security officer explained this was the reason they had not let him board another plane: one man who hadn't boarded a missing flight appeared suspicious so they needed to at least check his identity.

"I felt light-headed [as I realised what happened], but then I thought there could be some other explanation, like a communications problem", Mavropoulos's post reads. "Security staff was polite, they explained they had to ask questions, and, after checking my personal details, they let me go".

According to Mavropoulos, his friends from Nairobi sent him worried messages saying the flight had not arrived 30 minutes after schedule, there was no information about its fate and then the airport's WiFi was cut abruptly.

Boeing Confident in 737 MAX Safety After Ethiopia Deadly Crash - CEO Statement
However, his friends kept sending him SMS messages, telling him the plane had crashed, which they learned from the Greek media.

"I realised I had to contact my people and tell them I was not on that plane, and that I have missed the flight thanks to two small accidents — and then I collapsed because I realised just how lucky I was", Mavropoulos wrote.

"I wrote this post because I want to tell everyone about the invisible, intangible filaments of fortune, the out-of-world connections that make up the web in which our life is caught", the post goes on. "There are millions of small threads that we almost never feel — but one is broken enough to destroy the entire tissue instantly".

"I'm grateful I live and I have so many friends who made me feel their love", the letter concludes. "Kisses to everyone and a warm thank you for your moving support".