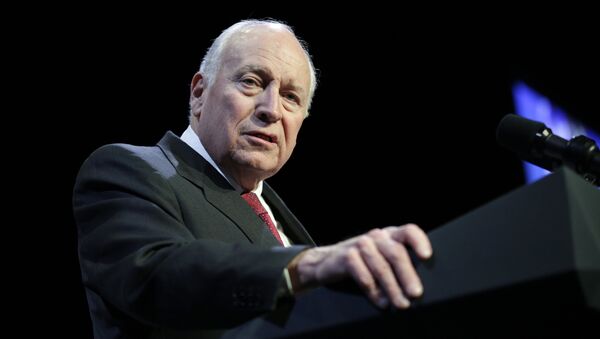 A major point of criticism of the current administration is its policy towards the US’ foreign allies. President Donald Trump has repeatedly insisted that American allies should contribute more towards their collective security and has reportedly even mulled leaving NATO.

Former Vice President Dick Cheney has criticised the White House's foreign policy at a private event, organised by the American Enterprise Institute, claiming that the current policy undermines US relations with its allies around the world.

"I worry that the bottom line of that kind of an approach is we have an administration that looks a lot more like Barack Obama than Ronald Reagan", Cheney said.

The former vice president specifically slammed the US for suspending joint military drills with South Korea and for Trump's alleged intention to make Germany, Japan, and South Korea to pay for the American deployment on the Korean Peninsula, calling it a "New York State real estate [type of] deal".

Cheney further criticised Trump's approach to handling relations with America's NATO allies, who, according to the former vice president, see Washington's moves as an attempt to force someone else to "pick up the tab".

However, Vice President Mike Pence didn't leave the comments unanswered, slamming the White House's critics' for lambasting Washington's rightful demands for allies to "live up to their word and their commitments", referring to Trump's call for NATO allies to reach the alliance's defence spending targets. He also noted that such demands do not indicate that Washington is backtracking on its own commitments.

"We think it's possible to demand that your allies do more to provide for the common defence of all of our nations and, at the same time, reaffirm our strong commitment — whether it be to the trans-Atlantic Alliance or to our allies across the Indo-Pacific", Pence said.

US President Donald Trump has previously repeatedly castigated America's NATO allies for not reaching the organisation's official spending goals. He reportedly threatened to abandon the collective security organisation if the situation doesn't change, drawing criticism from his opponents.