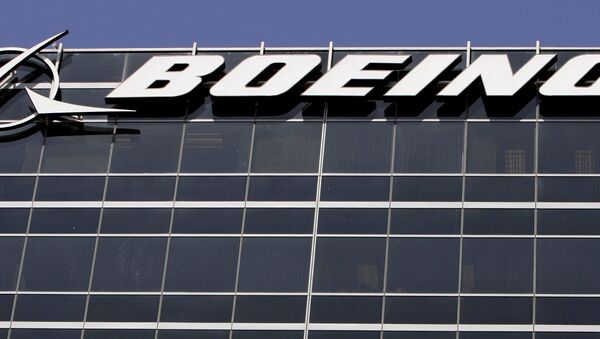 Boeing is set to update its aircraft software following a deadly Ethiopia Airlines crash. Sputnik has discussed this with Sara Hsu, an Associate Professor of Economics at SUNY New Paltz, USA.

Sputnik: There have been two deadly incident involving Boeing aircraft, this particular model of the Boeing, in just the past six months. It seems that Boeing stock has actually plunged [by] almost nine percent. How devastating potentially is the economic impact of these incidents for the company?

Norwegian Boeing 737 Max Flying to Tel Aviv Returns to Stockholm – Reports
Sara Hsu: We don't really know what the longer-term impact is going to be, especially because we are not sure what's going to happen in response to this particular incident. But we do know that it could be potentially a very big impact because the Boeing 737 MAX 8 in particular, has already delivered 350 of its jets to airlines; and it has been slated for orders of about 5,000 more of these MAX jets which were purportedly responsible for the crash or somehow involved in the crash.

And so this is going to have a really negative impact. Also, Boeing was about to unveil its 777X airliner on Wednesday, and so it's going to have to put a pause on that as well. It has a large Chinese demand, there's a demand for thousands of new airplanes and that has been projected over the next 20 years; so, that could also be impacted.

Sputnik: Huge numbers. I mean you're talking about aircraft and the ones that are to be delivered still; what aircraft, in particular, would be the major competition if there would need to be a replacement for this Boeing aircraft?

Sara Hsu: There are other aircraft out there that could potentially replace this aircraft. But the issue is that they may be less fuel-efficient and that switching to these other aircraft would involve additional costs, such as administrative costs as well as maintenance costs because most of these aircraft are older.

The Boeing aircraft that it had just unveiled was about to unveil are newer, and so they would potentially involve fewer maintenance costs. So, switching to another aircraft does involve additional administrative and maintenance costs.

Sputnik: We've seen several countries, we've seen carriers and companies, completely ban the use of these planes. Do you think that this will also be the measure that will extend further than the update of the software, or do you think, generally speaking, that this will once again be dependent on the full completion of the investigation?

Boeing 737 MAX Crashes Unlikely to Hurt Firm's China Market Share - Analysts
Sara Hsu: I think it may depend on the full completion of the investigation; it's really up to the individual airlines within the countries to say and to the aviation officials to state within the countries. So, it could vary depending on a country, particularly for China or for Indonesia; I think that those countries have entirely banned the use of the new aircraft. And so, we'll really just have to do a wait and see. Certainly, the airlines themselves are incurring additional costs due to the switch out of the aircraft; and so, it's not ideal for these countries and for these airlines within those countries to have to switch out their aircraft. I'm sure that they'll be looking at ways to minimise the costs as well as ensure safety for their passengers.

Sputnik: Meanwhile, the Boeing chief is saying that part of a trade deal between the US and China could, of course, be the purchase of Boeing aircraft. And given that China is not allowing these Boeing planes to fly, what do you think the impact could be for the Sino-American trade talks?

India's Jet Airways Stops Flying Its Boeing 737 Max After Deadly Ethiopia Crash
Sara Hsu: I don't think it's a huge factor in the talks. I think that there are other action items that are potentially much bigger, the overall purchase of the American goods in general as well as policy-related items, such as technology transfer and so on. But it is something that may have to be modified if the trade talks end before China declares the Boeing 737 MAX 8 safe again; we don't know which is going to happen first.

But it may mean that China purchases other types of planes from Boeing, or simply that it waits until the investigation has concluded to commence purchasing more airplanes. So, this will have a small impact on the talks, but really not anything substantial.

Sputnik: Do you think some of these 5 thousand planes that have been ordered, has there been any official suspension of those orders as of yet?

Boeing to Upgrade Software Across 737 MAX Fleet After Deadly Ethiopia Crash
Sara Hsu: Not that I know of; but it is entirely possible. The Chinese officials don't necessarily disclose this information, but I would guess that if the investigation continues and if there's nothing that's really conclusive and the safety of this new jet is up in the air, there will be a delay in the orders, or maybe a cancellation or switching of the orders and this has yet to be seen. So, they can create additional costs as well.

The views expressed in this article are solely those of Sara Hsu and do not necessarily reflect the official position of Sputnik.