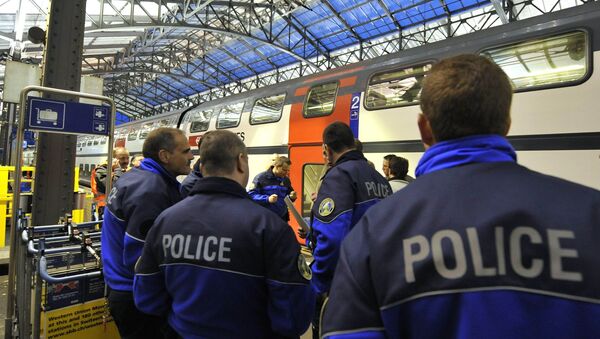 GENEVA (Sputnik) – Criminal prosecution of Switzerland’s citizens "motivated by terrorism," who left for the Middle East, should be pursued by the authorities of the states where they committed their crimes, a statement, published on the Swiss Federal Council’s website, read.

"The second objective of the Federation Council is to ensure that Swiss nationals who have traveled for terrorist purposes do not remain unpunished. As far as it is possible, criminal prosecution and eventual bringing of the penalty should be carried out in the state where the offense was committed, with the procedures observing international norms. As much as Switzerland is able, it can assist the creation of a special international judicial authority or prosecution on site," the statement read.

READ MORE: Up to 12 People Buried Under Snow Following Avalanche in Switzerland — Reports

If it is impossible, the foreign fighters should go on trial in Switzerland, right after returning to the country, or the state with which Bern maintains legal cooperation, according to the statement.

Anarchists Break Into Switzerland's Embassy in Athens - Reports
Other security measures, outlined in the Federal Council’s strategy include preventing foreign fighters from uncontrollably returning to Switzerland, sharing information on them among the Schengen area members and introducing special anti-terrorist measures for the Swiss police.

The statement was dedicated to the council’s session, held on Friday, during which the strategy on dealing with the so-called foreign fighters was agreed upon. According to the statement, there are currently around 20 such Swiss citizens, including men, women and children, purportedly living in war zones in Syria and Iraq. The Federal Council noted that some of these individuals might have been detained by non-state actors, suggesting that they might be released.

Over recent years, Syrian and Iraqi militaries have purged their countries of terrorists, prompting thousands of foreign fighters to return to their home countries in the west. According to the EU statistics, at least 5,000 Europeans left their homes in the bloc to join terrorists in the Middle East.