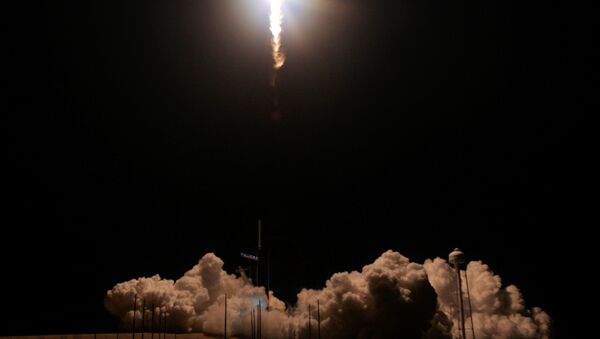 Astronauts haven't been launched to the International Space Station from American soil since 2011, and NASA believes that following Crew Dragon's test flight, it can send a manned mission into orbit as early as this summer.

"Thank you on behalf of SpaceX! We have always admired your rocket/spacecraft technology," Musk tweeted on Friday.

Rogozin congratulated the billionaire inventor and NASA Administrator Jim Bridenstine on the landing of Crew Dragon, also known as Dragon 2, which embarked on its first unmanned test mission to the International Space Station last week.

The Roscosmos director also said that alternative space transportation systems guarantee the stability and security of the international teams working at the ISS.

The uncrewed mission of the Crew Dragon capsule, built by SpaceX with NASA's help, docked at the ISS over the weekend and successfully splashed down in the Atlantic Ocean off the Florida coast on Friday. The test flight marked the first time a spacecraft reached the orbital station from US soil, since NASA shut the Space Shuttle Program in 2011.

Since then, NASA has been using Russia's Soyuz rockets to get its astronauts into space, but the agency now says that the success of Crew Dragon paves the way for crewed missions to be ferried to the ISS from US territory.